Don’t let us down Frank.

The wait for Frank Ocean’s Boys Don’t Cry might be over: a live stream has appeared online that suggests it might be about to arrive any minute.

Located at the Boys Don’t Cry website, the live stream shows what looks like an empty studio with an Apple Music logo in the upper right hand corner. It sits on the page above last month’s library card teaser that hinted the album would be released at the end of July.

There’s not much going on currently beyond some background noise and a clock, but it’s worth keeping an eye on when the USA starts waking up. Apple Music’s involvement also suggests that if Ocean is releasing an album soon, it’ll be exclusive to the streaming service.

Fans have been waiting patiently for the artist’s second album for four years. He hinted the follow up to Channel Orange would be released in July 2015, but the date came and went without any sign of an album.

In March, it was reported that Ocean had held a listening party for the album in New York, with a number of leaked clips making their way to SoundCloud and Instagram.

Fan account TeamFrankDaily reports that the visuals are by Francisco Soriano. 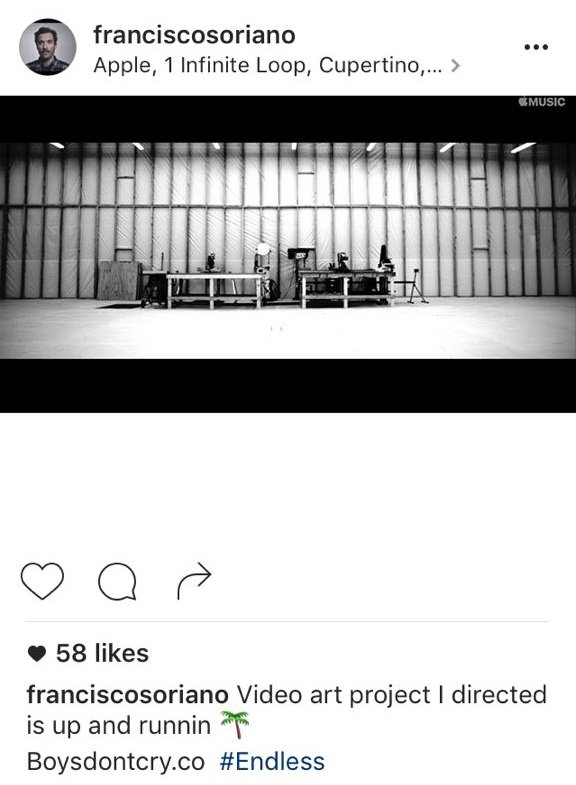 Update: Frank is intermittently playing music as he does some light construction.

The video just played three minutes of ambient music before the tunes disappeared. Is Frank showing us how the new album came together?

Update: The video Frank Ocean aired today was made within the past year.

In an interview with The FADER, Tom Sachs, the artist who constructed the speakers in the video, also said there may be more from the two to come – “[there are] other projects we’re dicking around with” – but there has been no further update about new music.

Update: The New York Times reports the album will be released on Friday.