NI’s biggest software collection yet is released in September.

Native Instruments has announced the eleventh version of its Komplete software collection, which comes with an all-new sample-based synthesizer called Form.

As with previous versions, Komplete 11 bundles up most of NI’s most popular instruments and effects at a reduced price but this year comes in three different versions: the standard edition, Ultimate edition and the affordable new Select package.

The cheaper Select edition costs just $199 but gets you only 11 instruments, while the $1199 Ultimate version includes 87 instruments. The mid-range standard edition includes 45 instruments for $599.

Other new tools include an acoustic guitar instrument, sampled Indian instruments, the Replika delay unit and Reaktor 6, the latest version of the popular synth that also allows you to create your own modular system in software.

Form is the most intriguing of the new instruments, allowing you to drag and drop any sample and mould it into a wide variety of different sounds. 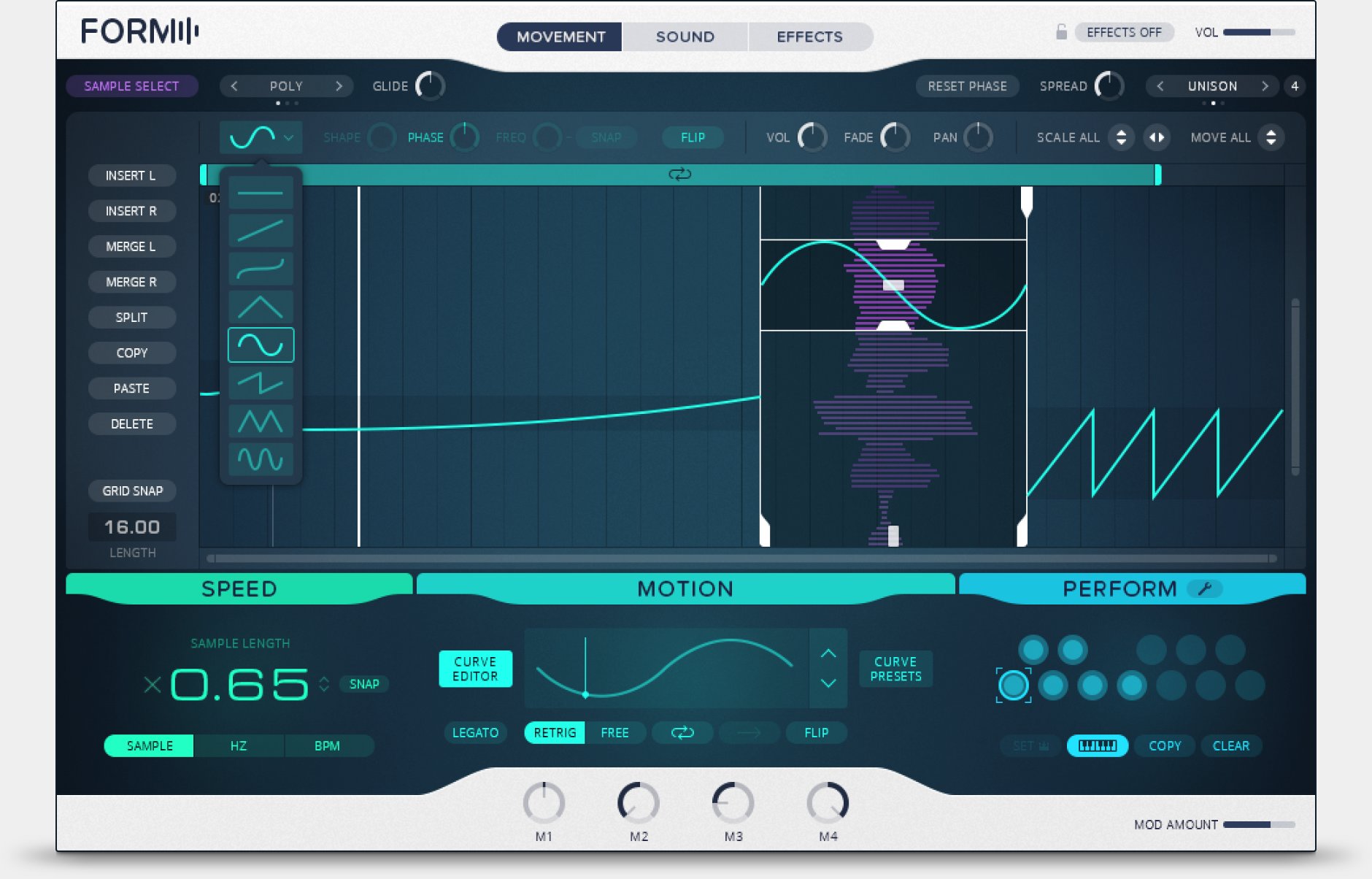 According to Native Instruments, Form lets you focus in on specific parts of a sample and use it as the oscillator for anything from percussion to ambient pads.

The package is Native Instruments’ most substantial new product of 2016, though the company released a unique instrument called Flesh made in collaboration with Tim Exile in late 2015.

Each are available from September 1 as either download or boxed editions – physical versions land as either hard drive or USB drive formats.

Read next: Native Instruments’ Reaktor 6 lets you create a modular synth within your PC