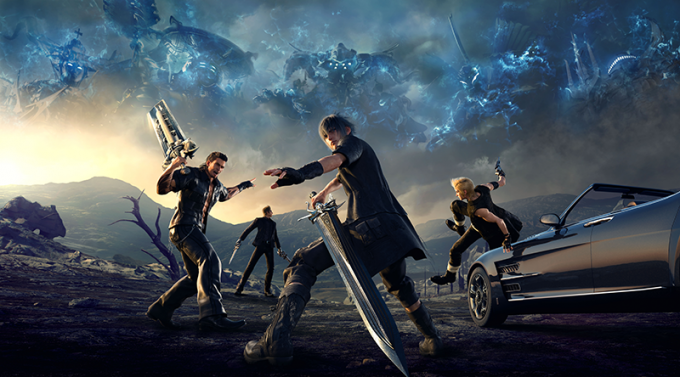 Florence + the Machine has shared a trio of songs recorded for Final Fantasy XV.

The three cinematic-sounding tracks, ‘Too Much Is Never Enough’, ‘I Will Be’ and ‘Stand By Me’, were recorded with producer and composer Emile Haynie (Kanye West, Lana Del Rey) and inspired by the world and story of the upcoming latest instalment in the long-running fantasy video game series.

Florence says she also took inspiration for the songs from Classic FM, specifically after hearing a program about the use of classical music in video games. “It was really fascinating, the music was incredibly beautiful and emotional and I took it as a sort of sign, to see what I can do in this medium.”

Speaking about her collaboration with the Final Fantasy franchise, she says it wouldn’t have made sense to work with another video game. “In some ways the landscape of Final Fantasy and my own internal landscape seemed to fit quite well, it’s mythical and beautiful and epic.”

The game is set for a September 30 release on Xbox One and PlayStation 4. Watch the trailer below.

Aside from being a classic of the genre, Final Fantasy VI and VII were both ranked very high in our list of the 100 greatest video game soundtracks of all time.