“This album is just my sound. This is Danny Brown.”

Danny Brown will release his new album Atrocity Exhibition next month and today he’s revealed the full details behind it.

On the production side, it includes work from fellow Warp artist Evian Christ, as well as previous collaborators like Black Milk and The Alchemist.

As for the sound, Brown reached to a wide range of influences including Björk, Talking Heads, Raekwon and System Of A Down’s Toxicity (Brown has always been a vocal fan of nü-metal, after all). As the title alludes, it’s also heavily influenced by Joy Division. Brown discussed the importance of the band and that particular song in an interview with Rolling Stone.

“That song, [Ian Curtis is] pretty much talking about how he feels like he’s part of a freak show almost. People just wanna come see him and they just wanna see him be a certain type of way. I totally relate to that. That’s just how I felt with this album, ’cause a lot of people expect for me to be some crazy drugged-out I-don’t-know,” he said.

Brown also hinted at the heavy use of samples on Atrocity Exhibition, revealing that the clearance alone cost $70,000. Still the rapper reiterated how the effort was worth the resulting project.

“At the end of the day, its just something that I really took my time with,” he said. “I know this day and age, a lot of artists can’t really take time off to make music … they’ll get replaced. With me, [I’m] somebody that’s able to sit down and be able to take my time, ’cause aint nobody gonna be out here sounding like me, ain’t nobody gonna be out here doing what I do. I’m confident in this project to know that I’mma satisfy the people that’s already fans of my music. So, if you’re a fan of Danny Brown, you in for a treat.”

Atrocity Exhibition is out September 30, but Brown will be busy touring before and after the release. Take a look at the artwork and tracklist, as well as those tour dates, below. 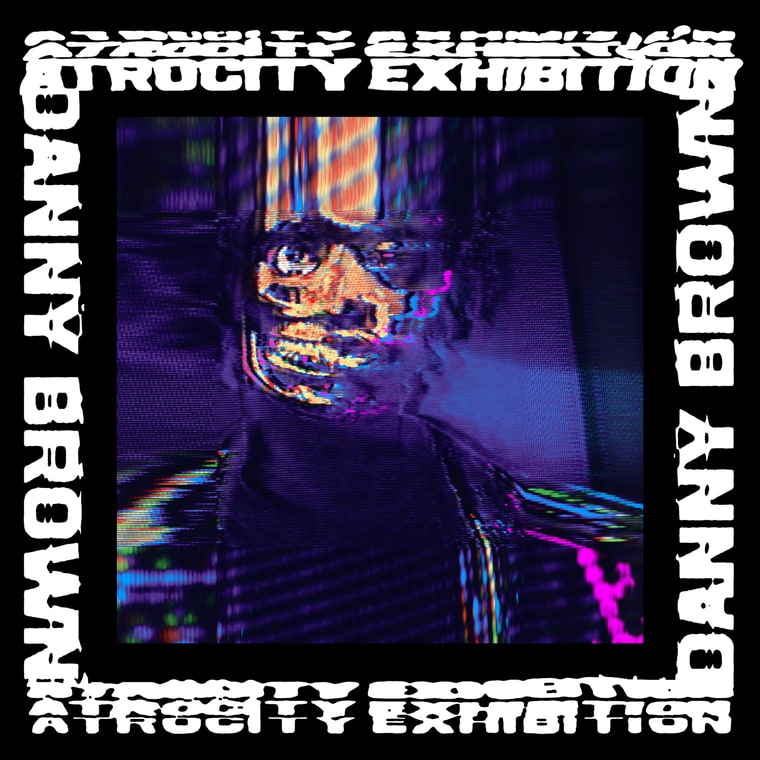