Frank Ocean has been teasing new material for what seems like an eternity. Two weeks ago, a live stream surfaced featuring a suite of ambient music and visuals of Ocean himself chopping wood and late yesterday night, the stream started up again. It looks like that was all a precursor to today’s visual album, Endless.

The 45-minute album appeared today (Friday August 19) on Apple Music, with an Apple representative reportedly telling Pitchfork said that we should “keep an eye out this weekend for more from Frank.” Rolling Stone is now reporting that Endless is not a replacement for Ocean’s much-delayed Boys Don’t Cry album, which is to be released this weekend – albeit under a new title.

Endless features a generous 18 tracks (listed below), one of which is a cover of the Isley Brothers’ ‘At Your Best (You Are Love)’ featuring James Blake and Radiohead’s Jonny Greenwood. Not bad, Frank. Not bad at all. There’s also spots from Arca, Sampha and Philly indie fave Alex G. See below for full credits. You can watch Endless in full over at Apple Music now. 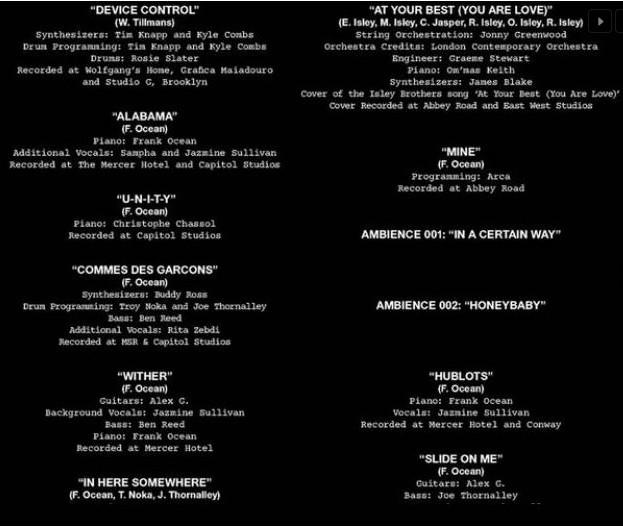 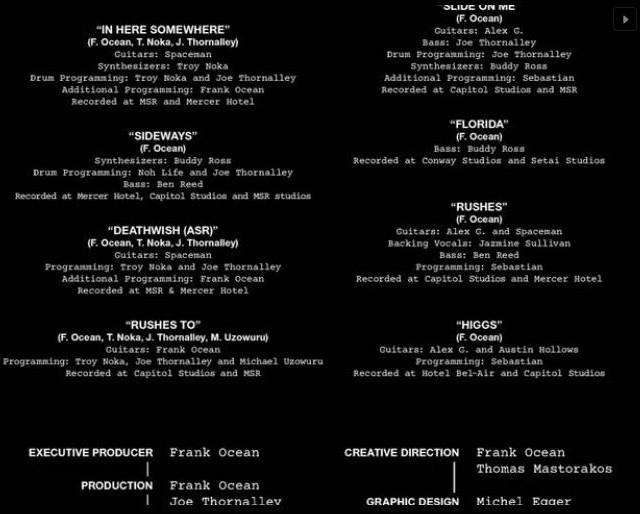