There was a time when Invisbl Skratch Piklz – Q-Bert, Shortkut, and D-Styles – dominated turntablism with their innovative and technical style. The genre is now mostly dormant, but ISP are returning to the spotlight, releasing their debut album two decades after they formed. Laurent Fintoni finds out exactly what pushed the trio to dust off their faders and head back to the studio.

Twenty years can be an eternity in the music industry. Technology changes, styles come and go, and artists are forgotten. For the DJ trio of Q-Bert, Shortkut, and D-Styles — collectively known as the Invisibl Skratch Piklz — 20 years was the time needed to get a debut album together.

Following their inception in 1995 in the wake of the Bay Area mobile DJ boom, the ISP — whose rotating cast has included Mix Master Mike, DJ Apollo, and DJ Disk — won battles, invented the concept of a DJ band, elevated the turntablist art form to new technical and creative heights and helped drive technological innovation. In the early 2000s, the crew disbanded and each member pursued solo careers: Q-Bert became a scratch evangelist, Shortkut an in-demand club DJ, and D-Styles a resident of LA’s era-defining Low End Theory – the weekly club night founded by Alpha Pup’s Daddy Kev. Along the way they also recorded plenty of music: solo full-lengths, time-tested mixes, and contributions to releases from Kool Keith, Busdriver, Peanut Butter Wolf, Visionaries, Jazzy Jeff, and The Gaslamp Killer, among others. All that was missing was an Invisibl Skratch Piklz album. To most, it might seem like the opportunity had been missed. To the three Filipino-Americans who had revolutionised hip-hop’s bastard child, the timing was just right.

When I talk to Richard “Q-Bert” Quitevis, he’s in the lobby of a Dublin hotel with Dave “D-Styles” Cuasito. They’re waiting for Jonathan “Shortkut” Cruz who, after a misunderstanding, joins them at a table in the back of the hotel’s bar. The three are in town for two weekend shows at The Sugar Club, a quick international trip in the run up to the release of The 13th Floor, the Piklz’s debut album and their first proper recording since 1996’s Da Klamz Uv Deth, a 12” pressing of their now-legendary DJ band routine against then-arch enemies the X-Men from New York City.

“We’d been talking about doing something for a while,” says Cuasito, leaning in. “And then Shortkut brought up the idea of recording in Tokyo. He’d been talking to Kenny, who runs the [Red Bull] Threestyle events, and they offered us to use the studio there.” Before all that though, the three had been rekindling their long musical friendship with live appearances, beginning with a 2011 reunion in San Francisco and subsequent one-offs including a recent headline slot at Low End Theory’s annual festival in LA this July. The shows not only brought back good memories, they also jolted a dormant creative drive. “We recorded our practice for the [2011] show and within that there was a lot of cool ideas,” explains Cuasito. “Once the option of recording in Tokyo came up, things went into fifth gear.”

The current dialogue between jazz and hip-hop is loud and animated. From the Los Angeles renaissance centred around Brainfeeder and Kendrick Lamar to New York’s Robert Glasper and on to London’s new kids like 22a, there’s a renewed energy in a decades-old conversation that transcends industry-imposed boundaries. Absent from this cycle of conversation has been the one hip-hop practice closest to jazz in its love of virtuosity and understanding of bowing technique to creativity: scratching. That absence has been inconspicuous and understandable. After emerging from bedrooms in the mid–90s, scratching — until then a sonic flourish limited to the stage or studio — became turntablism, a post-modern musical form with a wide vocabulary culled from the friction of a vinyl groove against the diamond tip of a stylus. Then came a flirt with the mainstream and the inevitable hangover. Turntablism receded into the shadows and its influence diffused as hip-hop continued its relentless forward march. 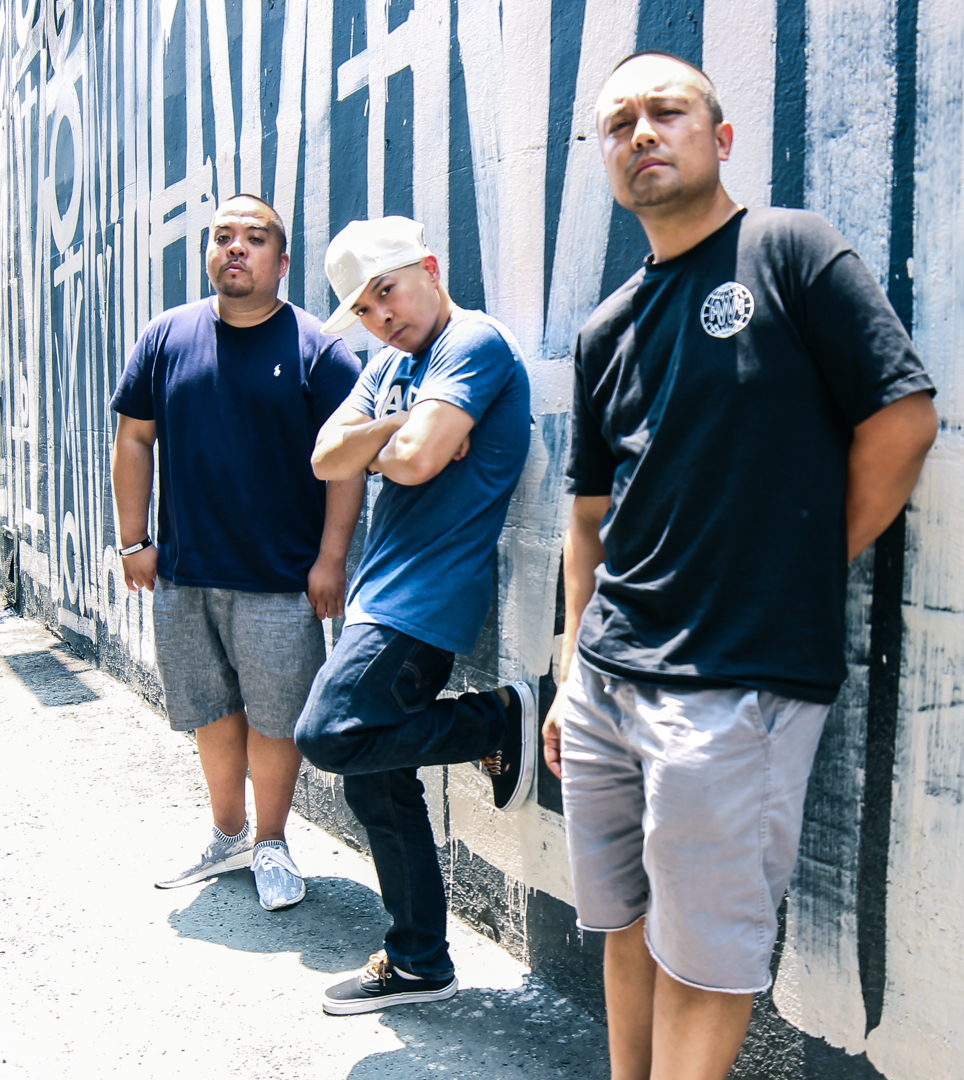 “There’s more emotion in doing it live, you can feel the artist play his instrument.” Q-Bert

“It’s really about the musical aspect of what we do,” states Cruz, his voice barely audible over the bar’s ambient noise and, appropriately, the sounds of a nearby jazz band. “It’s also a reintroduction for people who weren’t around in the 1990s.” Back when they first started, each member chose to differentiate themselves from what was then considered cool in hip-hop by focusing on the musical potentials of the turntable, and time hasn’t dented their motivation one bit. “Everyone’s doing similar stuff today,” says Quitevis. “We want to be different and the turntable is still a unique instrument. Its tactile element is unlike anything else.”

When turntablism first appeared it looked and sounded alien, even though the turntable had been repurposed by DJs across the board as a new type of instrument for close to two decades. The pace of change has only increased since then and the turntable has been left behind in favour of new instruments. While there are other turntablist refugees in the electronic world who still fly the flag for the artform, notably Fool’s Gold founder A-Trak, the majority of kids today are used to seeing the artists they love with laptops on stage. “The whole live electronic music thing has exploded,” Cuasito tells me. “There are lots of producers and DJs working with new technology but it’s always a very safe set with the computer. We want to bring back the live element, no safety net. There’s a risk.” Quitevis agrees. “There’s more emotion in doing it live, you can feel the artist play his instrument.”

In September 2015, the three DJs relocated to Tokyo to record The 13th Floor. The title is a reference to the superstitions surrounding the number 13, the implication being that the group is willing to go where no else is. “What’s the soundtrack when you’re actually on the 13th floor?” Cruz asks rhetorically. Inside the Red Bull studios, the trio sat at a table with a turntable and mixer each and, over the course of five days, set about answering the question. According to Cruz, many of the album’s nine tracks were fleshed out from ideas brought forward by Cuasito. It’s a telling admission. D-Styles is arguably the musical mind of the three, a man who has dedicated himself to pushing at the limits of what turntable bands and compositions can be, taking the sound from paranoid downtempo grooves to psychedelic jazz. His experience and interest anchors the album, providing a base for Q-Bert, a technician par excellence and soloist for the ages, and Shortkut, whose energetic focus is always on the listener’s experience, to build from. 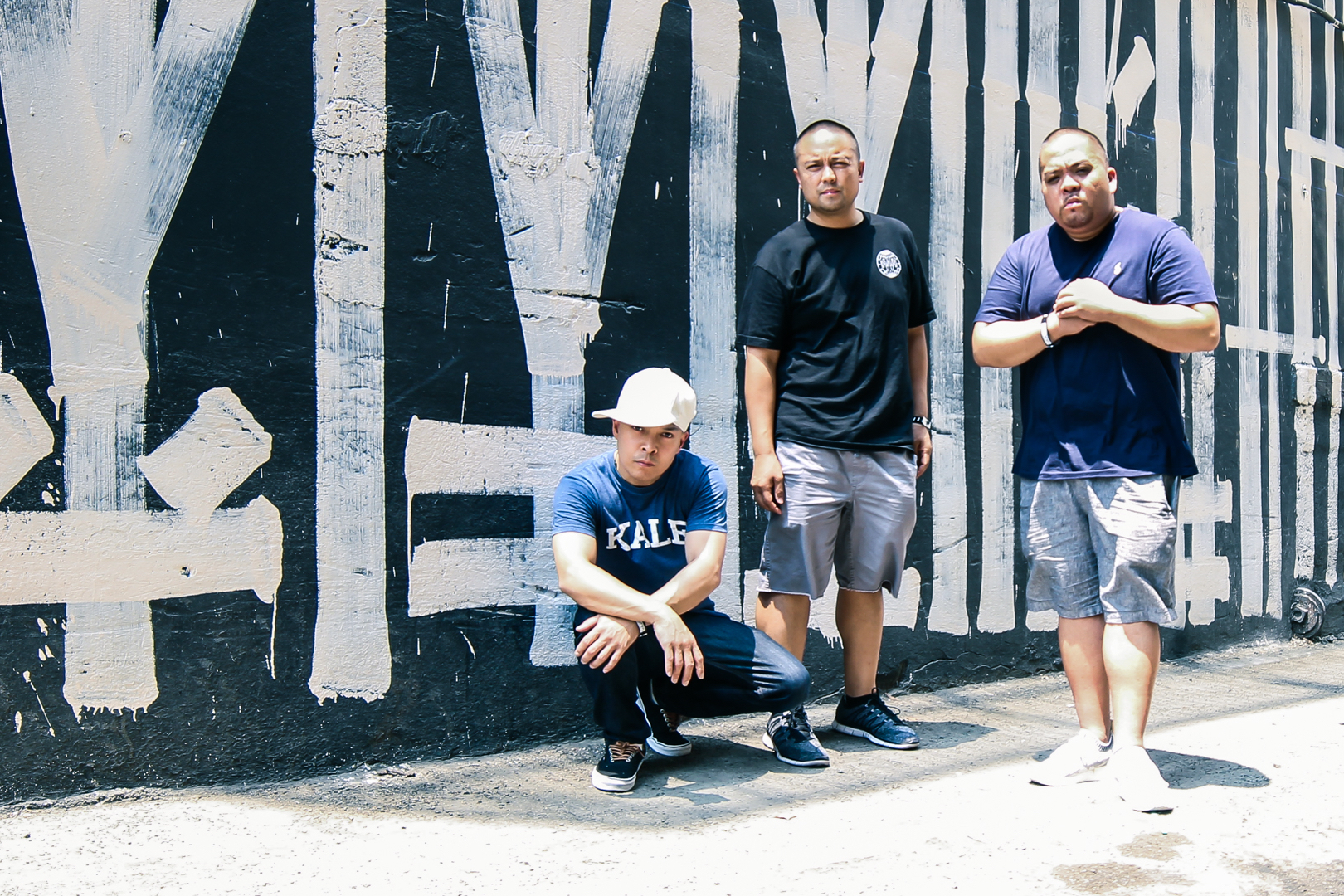 “Now I can see that there are really no limits to what we can do with scratching.”Shortkut

As a musical style, turntablism has always been predicated on a delicate balance between technique and creativity – often tilting towards the former – and the inherent limitations of composing using only a turntable and some records. In the early 2000s, these led to a creative plateau that seemed insurmountable. A decade later, vinyl control technology like Serato and Native Instruments’ Traktor has simplified access to sound for turntablists but the compositional hurdles inherent in the tools haven’t changed. That doesn’t bother the trio. If anything they still see potential in those very limitations.

The music is stripped back to its core elements — drums, bass, and leads — with each member taking turns to hold a precise element or solo. The resulting compositions — at turns jazzy and hip-hop inflected, at other times noisy and electronic — are uncluttered and designed to be performed live. “What we’re doing is pretty much the roots of where we came from,” says Cuasito. “It’s turntable bands. It’s the barebones of what we think is dope and exploring that world again.”

Just as some jazz musicians stamped their name on the music’s history, the Invisibl Skratch Piklz have become an unavoidable name in hip-hop. Betting against all odds, they mastered their new instrument through sheer dedication and single-mindedness. Where so many others heard only noise they heard a world of music and today they’re still enthused at what can be done with a turntable, a mixer, and some sounds. “I remember when we started Q saying scratching was still in its infancy,” says Cruz. “And now I can see that there are really no limits to what we can do with it.”

For years live turntablist shows were plagued by a sort of physical apathy on behalf of the audience, who was often more interested in standing and staring than trying to move. During the Piklz’ recent appearance at the Low End Theory festival, mosh pits kept breaking out with kids throwing each other around as the trio performed their new songs. Twenty years can be an eternity in music. Or it can be the right amount of time.

Read next: A brief history of scratching