The DJM-450 connects to Rekordbox with a built-in sound card.

Pioneer DJ has added a new mixer to its small range of two-channel models, which adds features from its high-end models.

According to Pioneer DJ, the DJM-450 mixer inherits features from the DJM-900NXS mixer, adding improved crossfader and a range of effects.

Another key addition is a built-in sound card, which DJs can use to plug their laptops in directly over USB. This allows DJs to use the Rekordbox software to play tracks stored digitally using optional control vinyl.

The mixer is designed to complement Pioneer’s PLX-1000 turntables and affordable XDJ-700 media players, which offer a CDJ-style experience for under £600.

Pioneer DJ today (September 8) also announced a range of new products for iPad DJs. As well as the compact DDJ-WeGO4 controller, which features jog wheels and a place to sit your tablet, the company unveiled a new iPad DJ app called WeDJ.

While WeDJ simulates a classic DJ experience with turntables and crossfader, it also includes modern features such as scrubbable waveforms effects and a sync button.

The new products are the latest in a long line of Pioneer DJ gear this year, including an affordable turntable for home listening, a hardware sampler designed with Dave Smith and CDJs built for stadium performers. 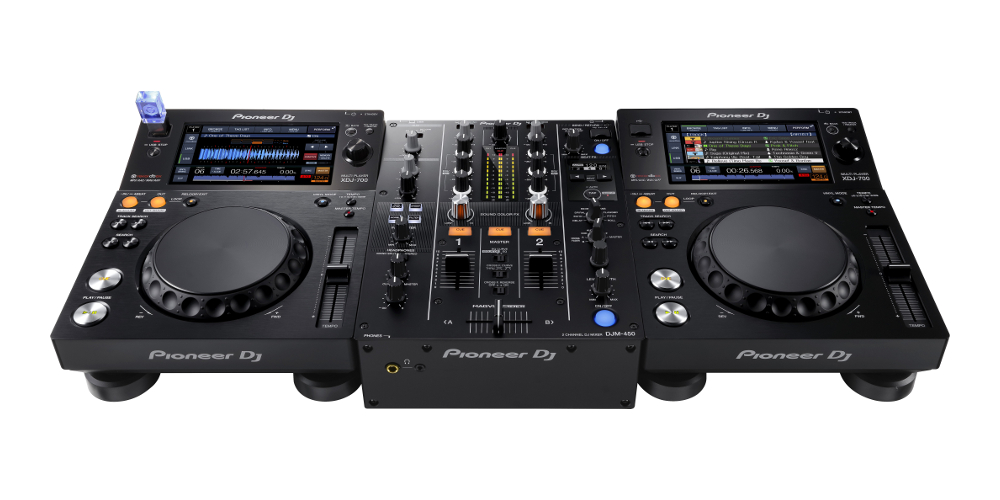