The London label continues to join the dots between underground club music with its latest signings.

London’s Don’t Be Afraid imprint has announced details of its next two releases, from Berlin’s rRoxymore and Swing Ting resident Samrai.

Samrai – one of the names behind the Manchester-based Swing Ting night and label – brings his blend of UK funky, dancehall and other styles to the latest DBA Dubs release, which includes a track called ‘Khadi’.

The B-side for Samrai’s 10″ features a remix from veteran Michigan producer James T. Cotton (also known as Dabrye and Charles Manier) under his JTC alias, which turns it into a “Detroit house stepper.”

Samrai was last seen on production duties alongside Swing Ting’s Platt and Murlo for dancehall MC Fox’s killer debut EP Musik, which was released this summer.

Samrai’s record is released on October 21, while rRoxymore’s 12″ lands on November 4. Don’t Be Afraid will also be holding two Halloween parties in Manchester and Bristol later this month – more details on those here. 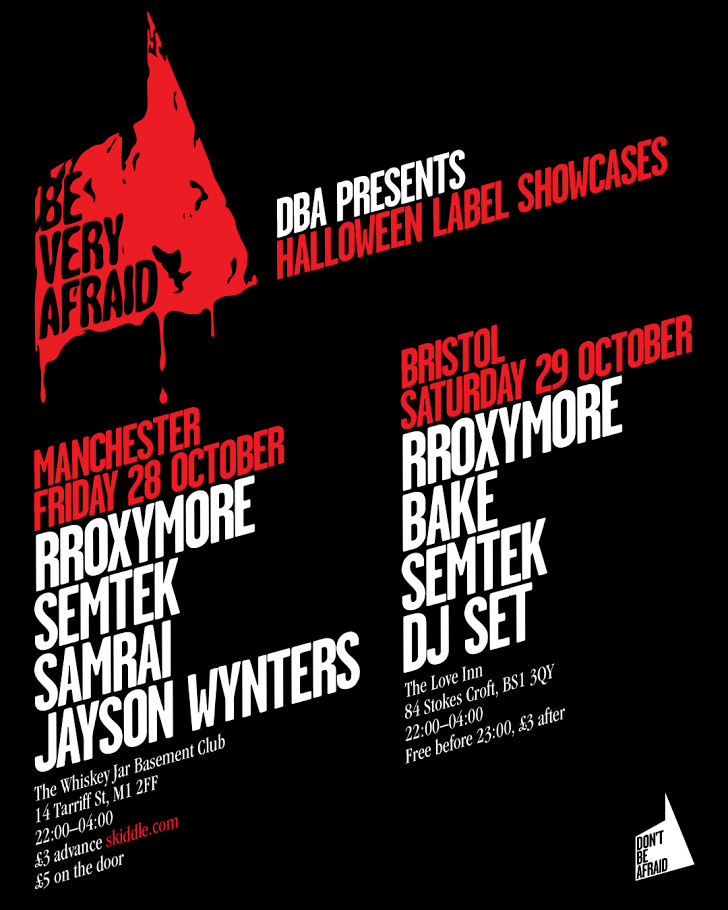