The xx have told fans it “feels so good” to be working on their upcoming third album in an update from the studio posted to Facebook yesterday (October 10). The trio also shared a playlist of songs currently inspiring them in the post, as well as a list of upcoming tour dates in eastern Europe, south America and Asia.

Having announced their first live dates since 2014 at the end of September, the band – whose last album Coexist was released in 2012 – told fans: “It’s been a while but you’ve been on our minds! We are in the studio working on our third album, it feels so good to be together making new music. Meanwhile, we wanted to share a playlist of songs we’ve been listening to in the studio. We hope you enjoy them as much as we do!” Among the artists featured on the playlist are Jenny Hval, Alicia Keys, Solange and Sampha. Listen to it, read the letter and check out The xx’s newly announced dates below. 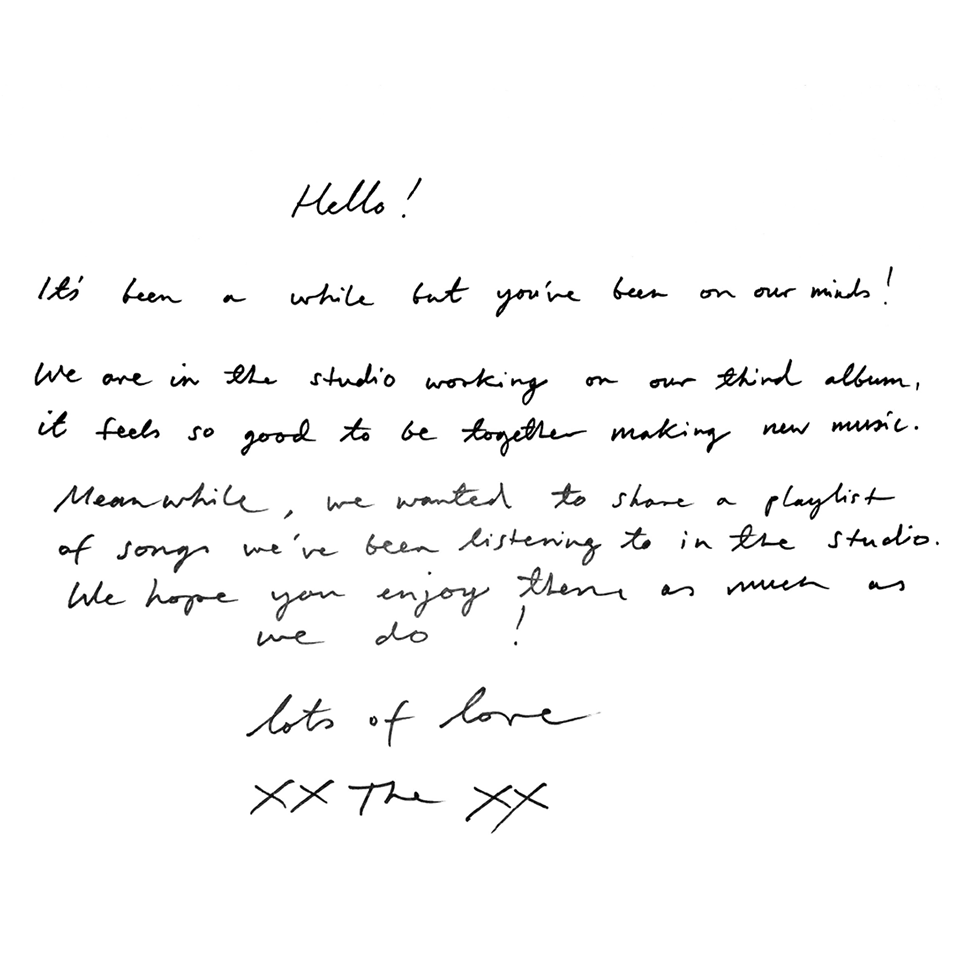