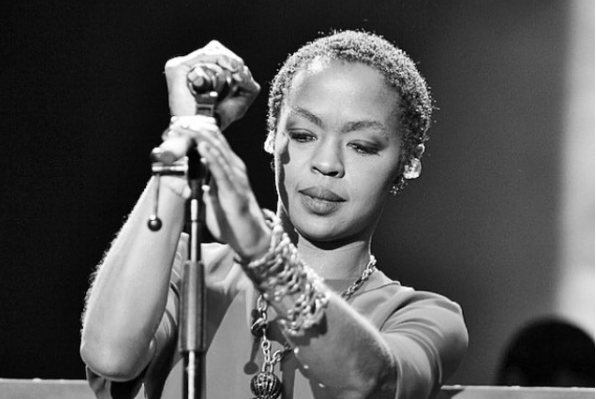 The ex-Fugee joins in the dialogue.

Lauryn Hill has shared a new version of her 2002 anti-police brutality song ‘I Find It Hard To Say (Rebel)’, now called ‘Rebel/I Find It Hard To Say’. The original was inspired by the death of Amadou Diallo, a West African immigrant who was shot and killed by police in 1999.

Hill debuted the song as part of her set at Jay Z and Beyoncé’s Tidal X charity concert in New York on Saturday (October 15) and later tweeted “old tune, new Version, same context, even more relevant now: sick and tired of being sick and tired.” Hill was joined on the bill at this weekend’s event by Nicki Minaj, whose reaction to meeting her idol was pretty priceless. Watch that below.

The new version of the track is currently streaming as a TIDAL exclusive, but you can hear a clip of it below.

The song begins: “I find it hard to say, that everything is alright / Don’t look at me that way, like everything is alright.” Diallo was unarmed at the time of his killing, with officers claiming that he fit the description of a suspect in a rape case and that when he went to reach for his wallet, they mistook it for a gun.

“It was such a hot time in the city at that point, I was afraid that if I put the record out, people would misunderstand what I meant by “Rebel” and they just take it to the streets…” Hill says in the original monologue leading up to the track, before singing: “Wake up and rebel / We must destroy in order to rebuild.”

Listen to the original version of the song, which appeared on her album MTV Unplugged No. 2.0 in 2002.