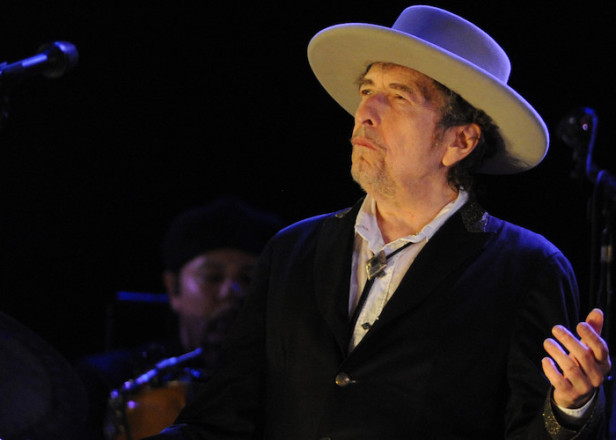 We don’t know what he’s playing at, but we like.

Bob Dylan finally gave a (lighting quick) nod to his Nobel Prize win yesterday by way of an update to a page on his website. Posting “winner of the Nobel Prize in Literature” alongside a new collection of his lyrics for sale, it appeared that the iconic singer-songwriter was ready to accept his award.

However, that one measly mention of his win has now been removed from Dylan’s site, either through an administrative fuck-up (sack the webmaster!) or by Dylan’s camp. The legendary US artist has still reportedly not accepted his award.

Some fans have suggested that Dylan should refuse the prize out of protest because the Nobel Prize’s founder, Alfred Nobel, was an armaments manufacturer. “My only caveat about the award is that it cheapens Dylan to be associated at all with a prize founded on an explosives and armaments fortune,” Will Self told the Guardian.

Even if Dylan does refuse the title of Nobel laureate, his name would still be listed against the award as the Nobel committee doesn’t acknowledge refusals.