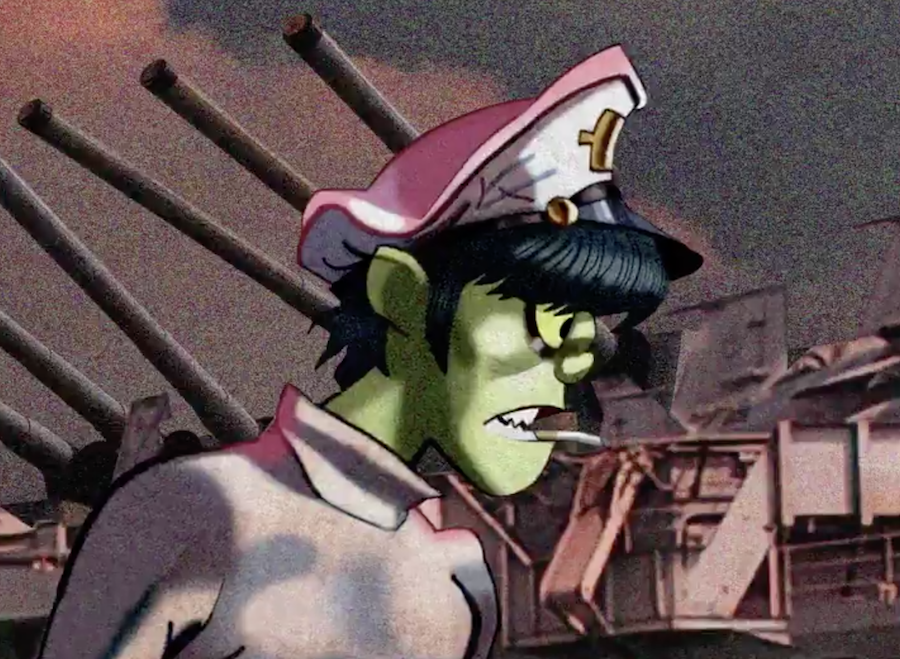 The band’s newest single could be out Saturday night.

When we last heard from Gorillaz, co-creator Damon Albarn had said the band’s new album could be finished in two weeks. Two weeks later that may be the case as the band’s fictional guitarist Noodle has teased new music may be out tomorrow.

As NME points out, the character shared an image on Instagram of the eye insignia for Beats 1 show Soulection, which airs Saturday nights, and tagged regular host Gilles Peterson.

The band also shared a new origin story for band member Murdoch. As with The Book Of Noodle and The Book Of Russel, this one follows the story of the band’s bassist from a rusty submarine to a new apartment in West London. Follow it below and keep an eye out this weekend.