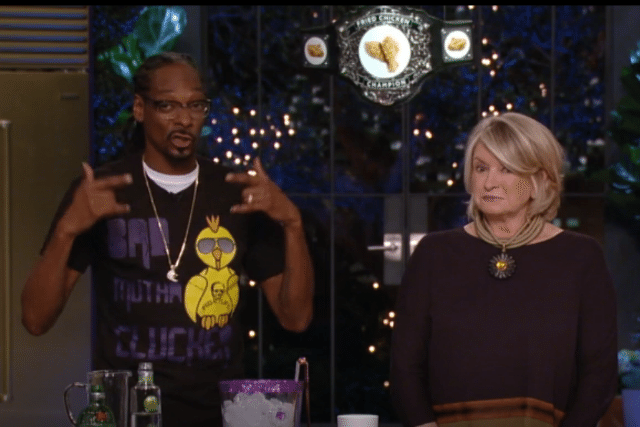 Feast your eyes, season your senses.

The first taste of Snoop Dogg and Martha Stewart’s new cooking show Potluck Dinner has been unveiled and it looks as funny as Stewart had promised it would be.

The trailer for the show, which is essentially a series of star-studded dinner parties, sees celebrity guests like DJ Khaled, Seth Rogen, 50 Cent, Rick Ross and more attempting to cook up a storm in the kitchen with their hosts Stewart and Snoop. It’s stuffed with the kind of sticky rib-tickling jokes and weed/food based double-entendres you’d hope to see from the crackerjack pairing, including: “I brought some extra seasoning” and “who’s going to be more fried by the end of this show?”

Watch the trailer below and tune into the first episode of Martha & Snoop’s Potluck Dinner when it lands on Monday November 7 on VH1.