According to the Acidlab website, the Detroit is an analog drum machine based on the circuits of the original TR-909 “with additional sound parameters.”

There’s no other information to go on (including price or release date), but judging by the initial design, it’ll have individual audio outputs for each drum channel, individual reverb for the hand clap and a rim shot tuning knob. 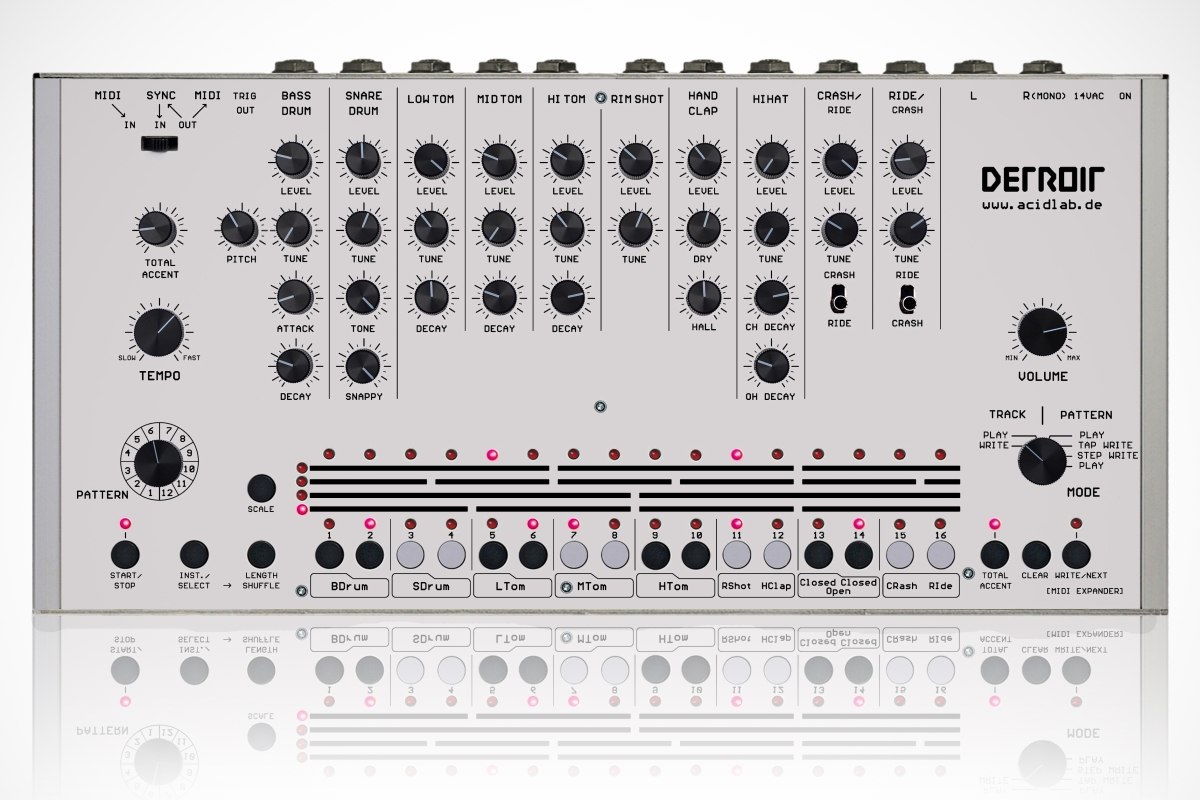 Acidlab isn’t a newcomer to remaking old classics. It’s responsible for the TR-808-inspired Miami drum machine and the Bassline 3, a synth that replicates the acid sound of the TB-303.

Acidlab’s Detroit isn’t the only replica of the TR-909 be announced this year. In September, Roland unveiled the TR-09, a slimmed-down reissue of the famous drum machine that costs just $399.

If you can’t wait for the Detroit and the TR-09 is too small, French company Arturia also entered the analog drum machine market this year with the $499 analog DrumBrute. [via Synthtopia]