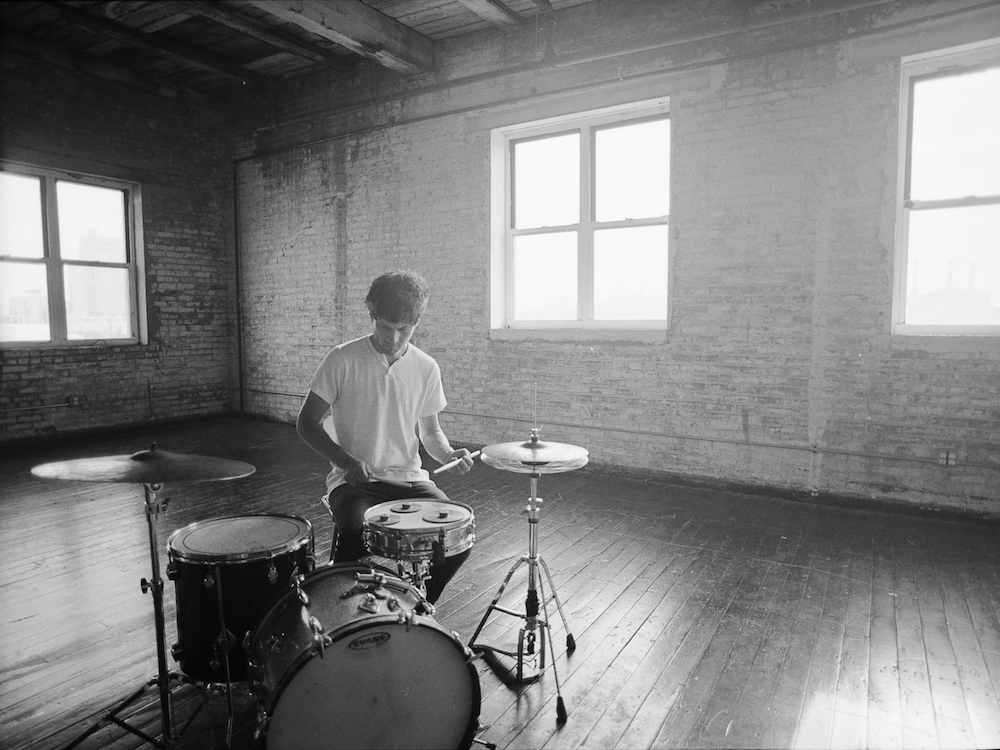 The producer’s startling new album was released this week.

Eli Keszler will bring his excellent and otherworldly new album Last Signs Of Speed to Boston City Hall with a free performance this Friday.

The stark, Brutalist setting of the City Hall is a fitting location for Keszler’s alternately dreamy and anxious soundscapes. Built from abstract, yet intensely vivid, layers of percussion, the music on Last Signs references both industrial and dub music finding an eerie limbo where his drums can shoot off in any direction.

Though the music sounds like its from another planet, Keszler actually grew up close to the venue. He spoke about memories of riding BMX bikes around the City Hall and the influence of its surreal architecture, designed more as a framework to build off of in the future.

“Its unusual space has always been repurposed in both sanctioned and unsanctioned capacities. It was designed as an armature for addition from the start,” he says. “Boston has had a complicated relationship with this building and this is fascinating about it. I want to build a piece about this complexity.”

Listen to a track from Keszler’s latest album below and catch him at Boston City Hall on November 18. For more information head to the Non Event website.