This tiny modular system is inspired by Korg’s Volca synths

German boutique company Tangible Waves has launched a Kickstarter for a new modular system it says is inspired by Korg’s Volca synths.

The AE modular has been designed to be more compact than the dominant Eurorack modular standard, with each component measuring just 10 x 2.5 cm. 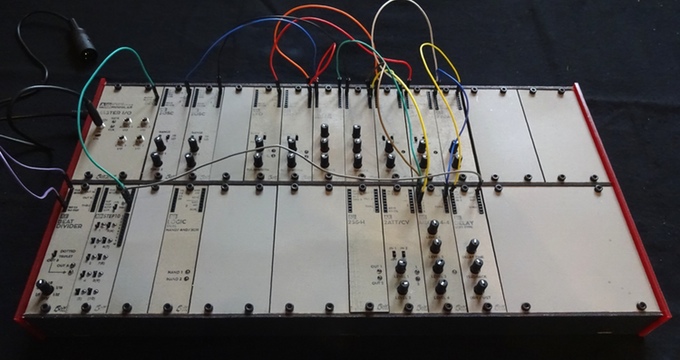 As the modules are so small they don’t use jack cables for connecting to one another like Eurorack synths, but instead use simple patch wires and small pin sockets, similar to those seen on synths such as Bastl Instruments’ Kastle.

The company says not to expect a polished sound from the AE modular, but what it says is the “not-so-perfect” approach where “circuits are sometimes simplified and show their own character.”

In line with the company’s DIY approach, the AE’s module faceplates are rubber stamped rather than printed, though the company says a “special, durable color is used.”

Backers can purchase the AE modular in two configurations on Kickstarter: a single row with 11 modules pre-installed (€385) and a double row with 14 modules installed (€490). Both rows can fit up to 16 modules each.

Initial modules for the AE modular include an LFO, filter, envelope control, sequencer, noise generator and a master module featuring audio outputs and MIDI input via a breakout cable, demonstrated in the video below with Novation’s Circuit.

Tangible Waves is planning on supporting the format beyond the initial launch if it reaches its €19,000 goal, expanding the system with a 16-step sequencer, beat divider, sampler and wave shaper.

If you want to invest in the AE modular then it’s worth noting that it’s a closed system – you won’t be able to fit products from Roland, Mutable Instruments or Make Noise in the rack.

Tangible Waves’ new synth isn’t the only all-in-one modular system to be released this year: Pittsburgh Modular introduced the Lifeforms SV-1 Blackbox in August. [via Synthtopia] 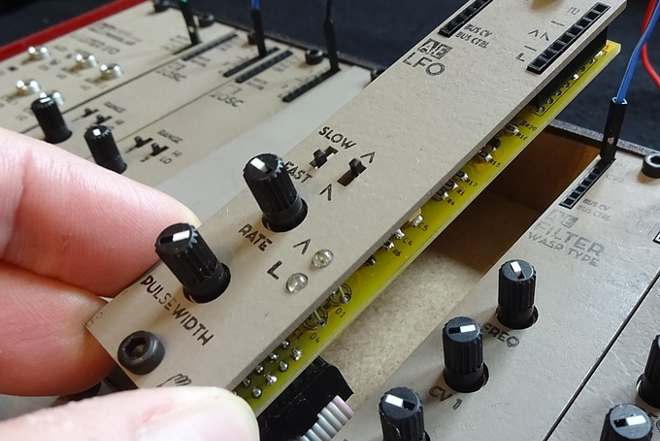