A share of the profits will benefit criminal justice reform.

The San Francisco 49ers quarterback has been sitting or kneeling during the national anthem at games since August.

The sweaters come in three colours and a portion of the proceeds from sales will be donated to the Center For Court Innovation, “which seeks to help create a more effective and humane justice system, reducing both crime and incarceration.”

Kneeling Santa Christmas sweater now available on hstryclothing.com. A portion of proceeds will go to "Center for Court Innovation," a non-profit for criminal justice reform 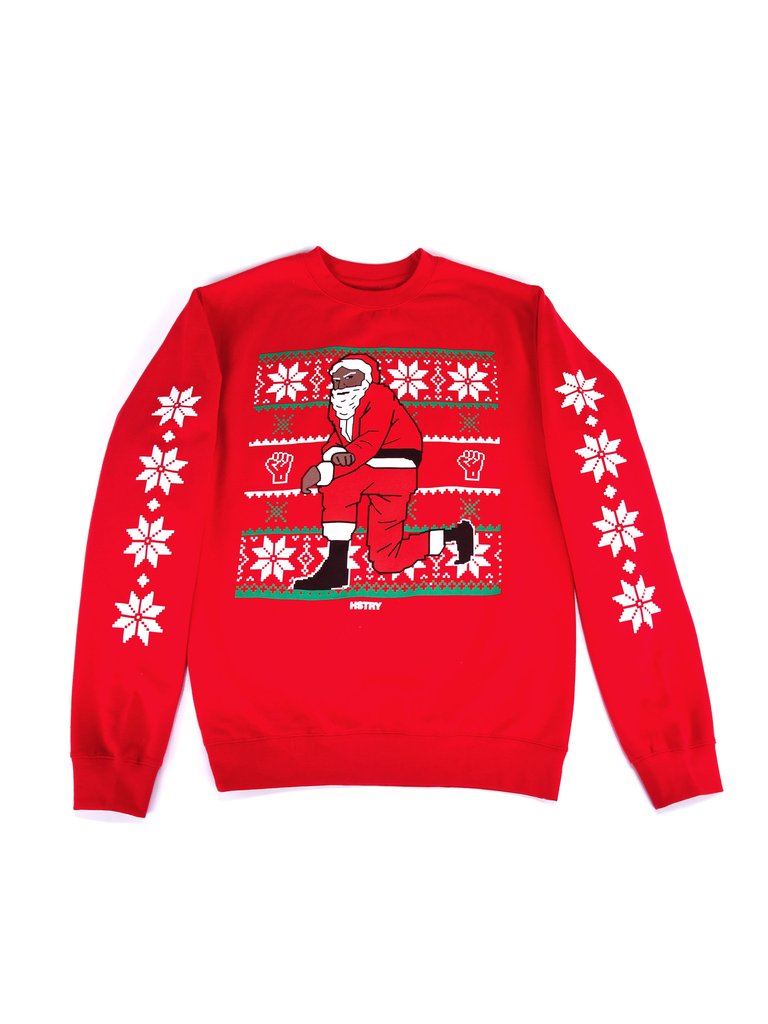 The jumpers are available in black, green and red and cost $45 each at HSTRY, Nas’ webstore.