This week, we’ve brought you a slice of the World Unknown action, minus the sweaty bodies, while Nina Kraviz’s трип label keeps the mystery alive with an essential mix by an anonymous DJ. Eclectic producer Abyss X has been on our radar for a while and throws a curveball with a blend for Mixmag that keeps us interested. There’s also some rare North African 78s and a dreamy, deep house trip from Freerotation resident Jane Fitz.

London club night World Unknown celebrated its seventh birthday last month with a jam-packed party that got so sweaty inside, toilet paper had to be draped across the decks to soak up the water dripping from the ceiling. The former owner of elusive UK-based label Dissident Records – and a UK clubland staple for longer than he probably cares to imagine – Andy Blake and free party veteran Joel Kane tap into WU’s open-minded enthusiasm for classic house, body-slamming techno and anything wonky in between with a two-hour snapshot.

Nina Kraviz’s трип label has been on a roll this year, delivering three album-length collections from Icelandic techno sensation Bjarki among tracks from PTU, Biogen, Exos and Aphex Twin. трип’s label of the month feature for RA is well deserved, and comes with a mix showcasing music from its “UFO minds”, which pits ‘90s acid rave nostalgia against tough modern rhythms and ambient moments. We don’t know who the DJ behind it is, but it’s still an essential listen.

We’ve had an ear on Abyss X since she dropped her Mouthed EP on Rabit’s Halycon Veil label earlier this year, an exploration of her Cretan heritage via a sort of imaginary recreation of ancient Minoan musical vibes. It’s dead good, and her more jagged, noisy new one Nüshu is out today on Infinite Machine. Her Mixmag session isn’t what you think, though – she nods to her performance art background with some Laurie Anderson, throws in the big voices of Maria Callas and Neneh Cherry and interweaves traditional Greek music with her own tracks.

French collector Ceints de Bakélite rifles through his peerless collection of 78rpm records from North Africa to build a mix that spans both folk and popular music recorded in Algeria, Morocco and Tunisia between the 1930s and 1950s – music which, for the most part, has never been reissued in modern formats. Bookended by hypnotic gasba flute performances, the selection includes famous Maghreb singers like Reinette l’Oranaise, Salim Halali and Zohra el Fassia and is a gorgeously crackly window into a distant world. 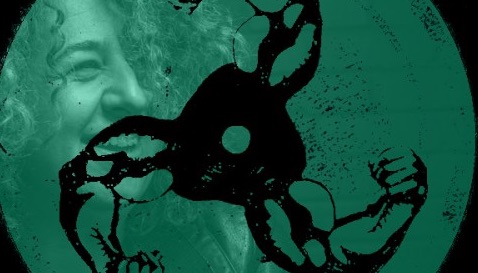 Jane Fitz is resident at fabled UK festival Freerotation, co-runs London party Night Moves with Jade Seattle and has also just been announced as a new resident at Oval Space. Her Feel My Bicep mix was recorded in one-take at Fitz’s home – “no bells or whistles, no-editing business,” she explains – and spans a cosmically-minded headphones set that noodles through ambient, deep house and weird disco – plug in and escape.