Featuring collaborators from throughout Bowie’s career.

A tribute concert on the one-year of David Bowie’s death has been scheduled for New York’s cavernous Terminal 5.

The lineup includes an ensemble of collaborators and Bowie band members from his long career, as well as “very special guests.” It has been planned in conjunction with a Bowie birthday shows that will be held in London on January 8.

More on the show: “The concept grew out of two informal large ensemble shows with 70+ musicians in Los Angeles and San Francisco in the spring of 2016 including Gary Oldman, Seal, Ewan McGregor, Jerry Harrison of Talking Heads, and Bowie band alumni from Space Oddity to the latest Blackstar album. Both generated a great deal of press and fan praise from around the world.

Bowie’s close friend Gary Oldman, who delivered an emotional speech about David at The BRIT Awards, and this giant ensemble from Los Angeles and New York City are opening the tour in London with former Bowie band members… This show at 02 Academy Brixton (capacity 5000) sold out in just two hours.” 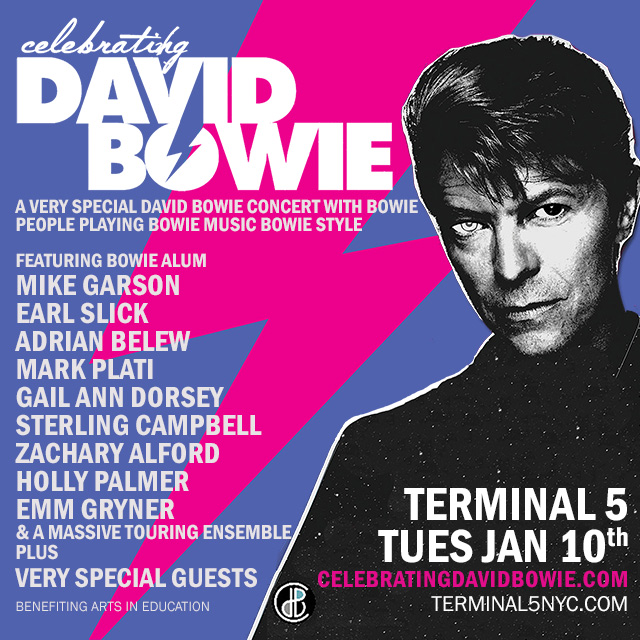