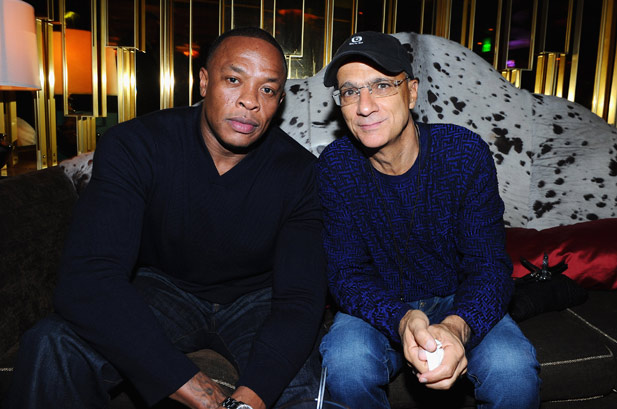 HBO adds another music project to their originals lineup.

HBO has announced The Defiant Ones, a four-part docuseries about Dr. Dre and Jimmy Iovine’s business relationship. The film was directed by Allen Hughes, known for helming Menace II Society.

The series will catalog the four decades that Dre and Iovine have been in partnership — the inception of which was highlighted in the biopic Straight of Compton. It wlll look at Aftermath, Beats by Dre and Apple Music and how the two have created “transformative events in contemporary culture.”

Filmed over three years, the movie will highlight their relationship with candid footage as well as in-depth interviews. A range of music megastars will also be featured in the film, including Eminen, Nas, Ice Cube, Gwen Stefani, Tom Petty, Trent Reznor, Snoop Dogg and more.

According to the press release, it will also include never-before-seen writing and recording sessions from Eazy-E, JJ Fad and N.W.A., among others.

The Defiant Ones will premiere in 2017.