Roland‘s classic instruments will shape the sound of the forthcoming hardware.

Affordable gear specialist Behringer has offered some details of its forthcoming drum machine, which it recently asked the public to suggest features for.

Writing on the Gearslutz forum, company found Uli Behringer said that the development team’s current focus was sound creation, and that they have “resurrected” Roland’s classic TR-808 and TR-909 drum machines.

Behringer attached photos of the team’s evaluation circuit boards that allow them to analyse the sound of analog drum machines, not just to clone vintage sounds but to “evaluate analog sound generation and add a great user interface and sequencer.” 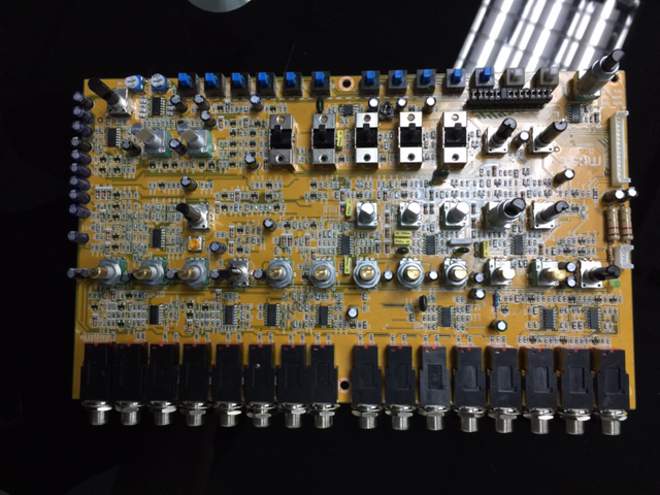 “I can tell you that the team is having lots of fun listening to these drum sounds that greatly contributed to amazing music in the past,” he writes. “It is actually not surprising that people gravitate to analog sounds as it is the imperfection that evokes emotions. Perhaps it is the fact that we humans are analog, too.

“While we are far away from releasing a finished product, we thought we would get you involved in this enjoyable design process.”

Behringer’s drum machine is a long way off, but its forthcoming analog synthesizer, the Deepmind 12, packs in a number of premium features including 12-voice polyphony and an augmented reality interface for just $999.99.

However, Behringer will have to compete with Arturia’s own affordable analog drum machine, the DrumBrute, which costs only $499.

Behringer’s Deepmind 12 synth is finally available for pre-order, and is expected to ship at the end of February. Watch it in action below. [via Music Radar]