Kode9 to play ‘History of Hyperdub’ set in London next month

A one-time only set from one of the UK’s best DJs.

With over a decade of club weapons, leftfield pop and experimental ingenuity to choose from, the idea of squeezing the entire history of Hyperdub into one DJ set seems ambitious to say the least. But if anyone can do it, obviously it’s label boss Kode9, whose sharp ears have brought us countless classic records from DJ Rashad, Burial, Cooly G, Jessy Lanza, Hype Williams and so many more since the label began in 2004.

Next month, Kode9 will present his History of Hyperdub set at the Archspace in north London, supported by Nervous Horizon Records artists TSVI and Wallwork, who recently showed us what he can do in 10 minutes on Against The Clock.

The night takes place on February 24 from 7pm to 12am, with just 100 tickets are available now via Soundcrash.

Yesterday Hyperdub kicked off a new monthly event series at Corsica Studios with Kode9 joined by visual collaborator Lawrence Lek. Find out about the eerie post-human hotel they invented for Kode9’s debut album. 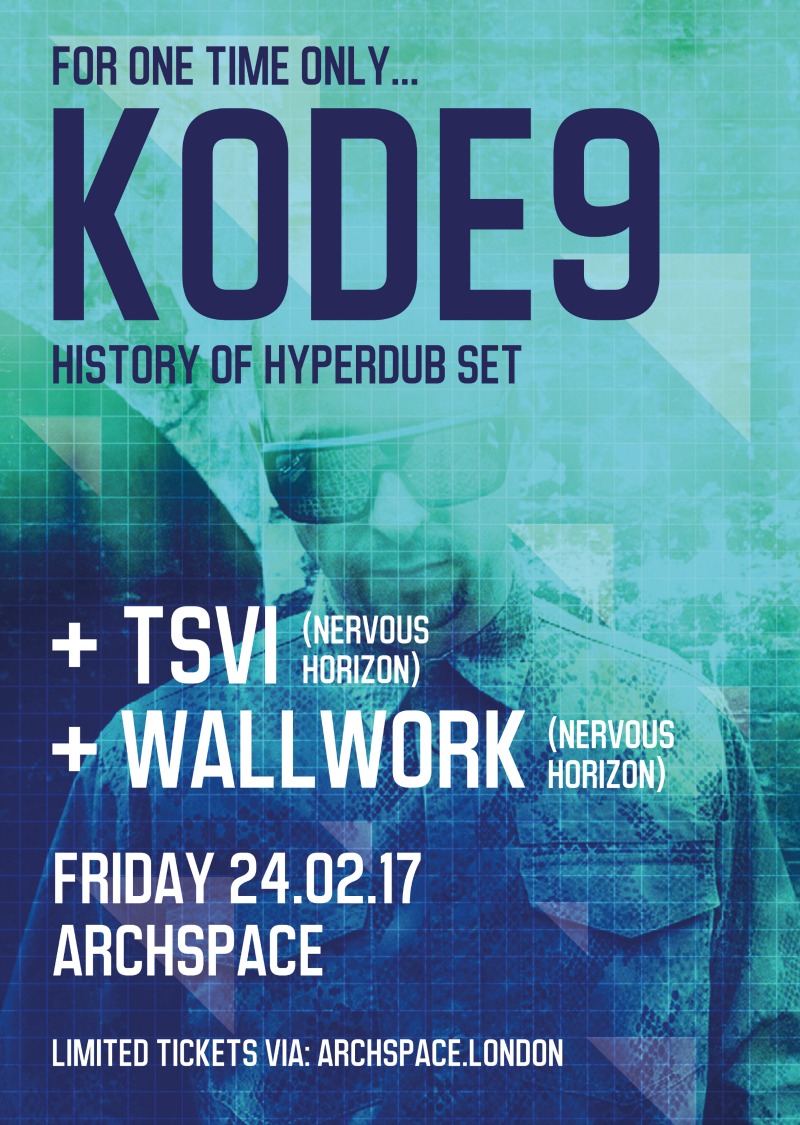