Glasgow’s Soma Records has been a force to be reckoned with since its founding in 1991 by evergreen DJ/producer duo Slam and their pals Dave Clarke and Glenn Gibbons. Over the past 25 years it’s released records by a host of house and techno superheroes, from Surgeon and Alex Smoke to a young Daft Punk, who dropped their first productions on Soma in 1994.

To mark a quarter of a century of making us sweat, Slam have put together a special box set, Soma25. The 5xLP release features brand new tracks from the likes of Jeff Mills, Robert Hood, Steve Bicknell, Andrew Weatherall (appearing as Woodleigh Research Facility), Blawan, Adam Beyer and Josh Wink.

The collection is also beefed up with some fresh remixes, with Deepchord remixing Joe Stawarz and Slam adding their own “modular interpretation” of Daft Punk’s ‘Drive’. Ostgut Ton’s Kobosil has remixed Slam’s ‘Visions’, while VRIL takes on ‘X Track’ by Percy X, and Jonas Kopp handles Slam’s ‘Stepback’.

The box set has been designed by Scottish artist Kyle Irvine and features exclusive Soma 25 logo stickers, a poster and illustrated vinyl sleeves.

See the artwork and tracklist below and look out for Soma25 on March 31. Next, enjoy the glorious sight of an army of Scottish ravers filling T in the Park’s Slam Tent in 30 seconds. 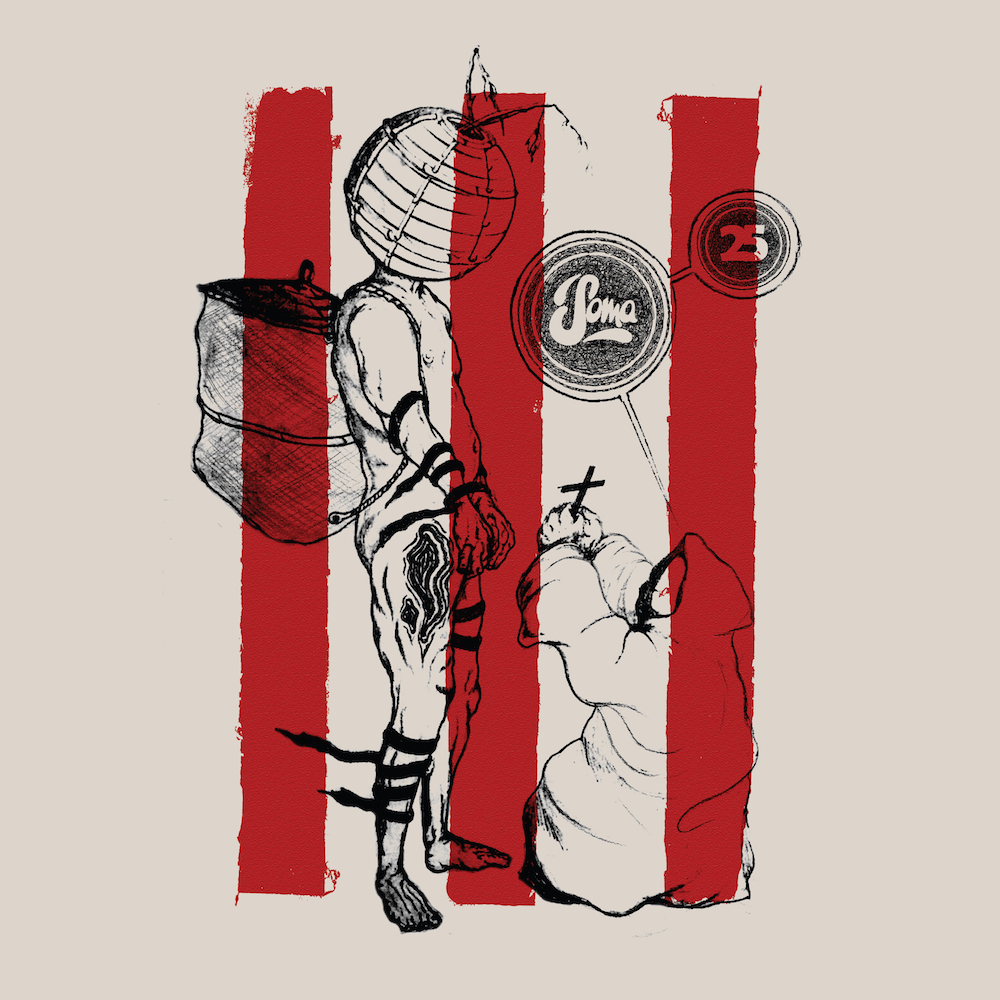