Devo now have their own set of emojis

Devo are the latest band to be immortalized in emoji form.

The emojis depict iconic moments from the new wave legends’ videos, including ‘Whip It’ and ‘(I Can’t Get No) Satisfaction,’ as well as their “energy dome” hats and other imagery associated with the band.

Check out a sample of the emoji pack below and download the full pack from iTunes. 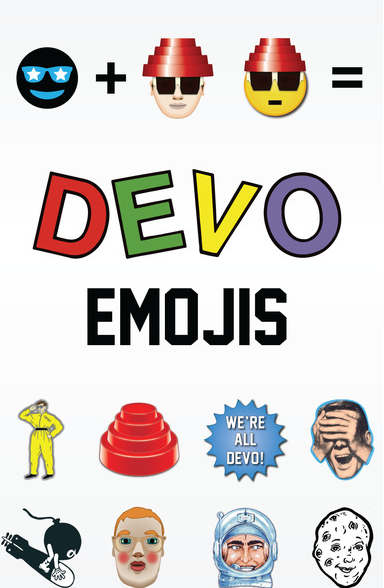 In November, Apple honored the late David Bowie with an emoji inspired by his 1973 album Aladdin Sane, which comes in both male and female form and is decorated with his trademark lightning bolt design.

The following month, Max B.’s team released the Wavemoji pack, which features a handful of iconic Max B. poses, as well as text stickers of his catchphrases.