Finding new rap releases on vinyl is not easy. Many are not remastered for the format and most don’t make it to wax at all. Claire Lobenfeld meets the duo behind London’s Omertà Inc., a label on a mission to get hip-hop back on vinyl.

In 2017, it is easier than ever to be a pop culture polyglot, particularly if you’re pursuing a lot of music or film — it is all there on the internet. But for certain stripes of obsessive music fan, there are itches that never seem to get scratched. If you fall into the categories of both rap nerd and vinyl head, that itch would be finding new releases that are properly mastered for the format. Sure, you can get a copy of Young Thug’s Tha Barter VI on cherry red vinyl, but if it sounds like shit, do you really need it? Nah.

London-based friends Sam and James, who both work at different indie labels, saw this void and sought to fill it. They’ve used their music industry acumen and their long-time love of rap music and vinyl to launch Omertà Inc., an imprint which releases classic albums and notable new mixtapes on vinyl. The releases are remastered for the format to sound just as good or better than their digital or CD versions – a detail that is not usually tended to on novelty vinyl rap releases. It is exactly what so many rap fans have been waiting for.

Their first pair of LPs — a reissue of Future’s breakout debut full-length Pluto and the first physical edition of G Perico’s impressive Shit Don’t Stop — are out on February 24. Each month, two more albums will get the Omerta treatment and in March they will drop a 2xLP of Three 6 Mafia’s Most Known Unknown on black vinyl with a special run on purple splatter vinyl limited to 300 copies. FACT rapper to watch in 2016 Cousin Stizz’s Suffolk County will be released alongside it, this one in tri-color vinyl in a limited run of 500. Both are out on March 24 and available for preorder now.

FACT caught up with Sam and James to talk about how the label was formed and what to expect from the budding new imprint. 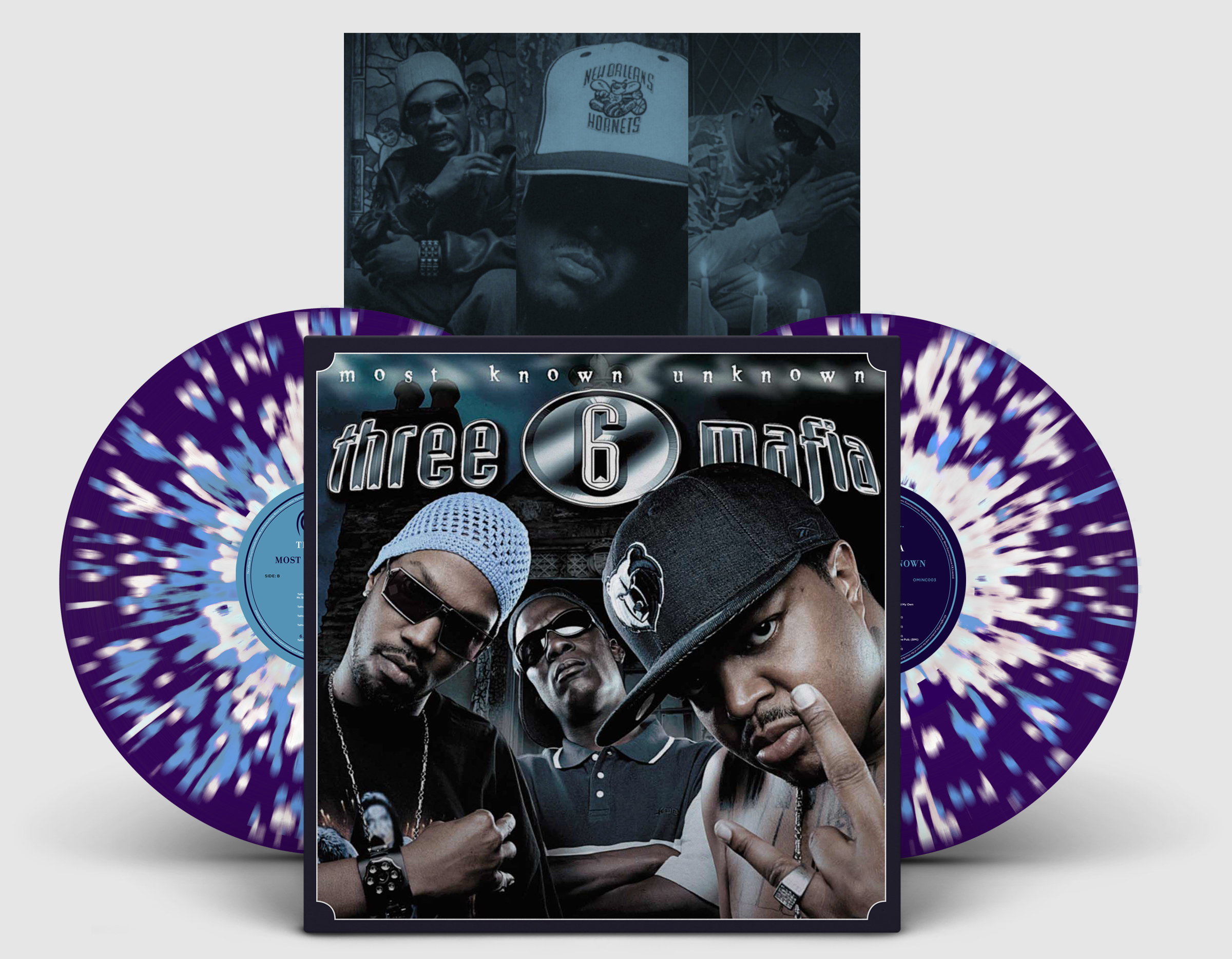 There is such a drought, as far as popular releases go, for really well-mastered vinyl in rap. Is that why you guys started this label?

Sam: Hip-hop comes from vinyl originally. Its roots are vinyl, but in modern times, when someone puts out an album they put it straight up on Apple. It’s such a quick thing between recording and getting it out there. Vinyl is being left behind a bit, but at the same time, vinyl’s come back. There are all these classic records that have never come out.

A lot of these artists, 90% of their sales are digital and CD. I guess from their point of view, manufacturing vinyl – which takes three months turnaround and can be really expensive to do – probably isn’t worth it. But as the growing market for vinyl, we’re coming at it from the angle of the consumer. We’re putting out titles that we wanted to buy that we couldn’t buy. With someone like Drake, those were ages out of sync. It’s kind of like an afterthought for some people.

James: From an independent perspective, mixtapes have to be available. They have to come out on DatPiff or Livemixtapes.

Sam: You mentioned reissues and stuff, but that’s not solely what we want to do. We’re going to start that way, but after a year or so, we’d like to be a label where […] we can time a vinyl drop with a mixtape drop. This is just a start.

The first two releases really make a statement that your mission is to put out classics, or in this case, a new classic and something that’s really up-and-coming, but was also released for free. How did you decide on this as the starting point?

James: We liked the idea of pairing a more classic record with a newer mixtape. We wanted to put something from years ago [alongside] something really fresh.

Sam: It gives us a nice balance because there are other labels that do hip-hop reissues and they do a really good job with it. But us coming at it from this angle [where we] put it out because nobody’s gonna touch it.

James: We have been working in the music industry, so we know the right contacts. You have to use them, but also reach out to the right people. And with the independent stuff, like G Perico, we’re just reaching out blindly and saying that we’re big fans and asking if they want to do something.

Sam: It was just us emailing people at random. And they don’t know. We could be anyone telling this story about how we want to put their record out on vinyl, but we got loads of responses.

James: You will see in a couple months, some of the stuff we’re putting out is insane. It’s some pretty high level stuff just through reaching out to people.

Sam: I think they also like the fact that we’re English, as well. I don’t think that they’re expecting that when we speak to them on the phone. 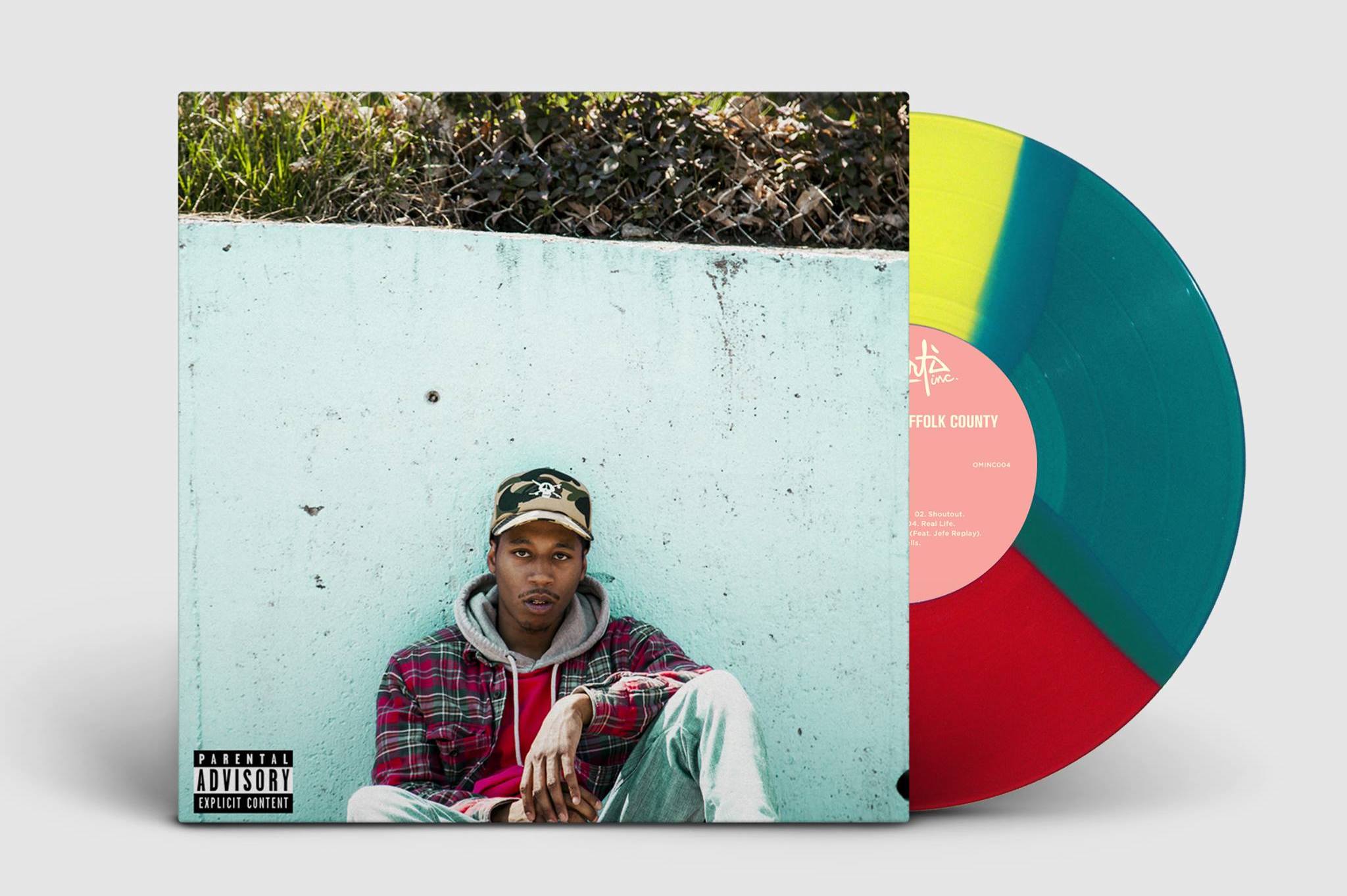 How is the remastering process working? Are you getting WAV files or are you doing a proper remastering?

James: We are provided different things from different people, but we have a really great studio that does it. The albums sound incredible. Future sounds better than it’s ever sounded. It’s really high level. We want everything to be really high-quality: packaging, remastering. We want it all.

Sam: I think people are going to be quite surprised when they see the packaging for Future. There is silver reflector sleeve and the colored vinyl looks insane.

What’s going into making those decisions, like what color to make the vinyl? I would imagine purple comes up a lot.

James: Drug influences do come up with someone like Future.

Sam: Almost every record we’ve done is from south and we’ve said, “Oh, you can just make it purple.” But I think the [blue] Perico vinyl looks really smart and draws out the front cover.

James: The tie-dye for Future has a psychedelic vibe. It’s kind of trippy.

Sam: We want to go as all-out as we can with the colors. Some of them look really garish but that’s kind of the whole point of what we want to do.

Are there other labels you guys are influenced by, rap or otherwise?

James: When we talk about packaging, there are record labels like Mondo or Sacred Bones [that we love].

Sam: Sacred Bones, the way they do the wax stamps, the packaging is so nice. The attention to details that happens with Mondo and Sacred Bones. And then we like 1017 Brick Squad and… just anything you can’t get over here.

How do you guys find out about rap music? What are you reading or who are you following?

James: DatPiff, the internet in general makes things so readily available to you. But even before then, when I was 13, [I was] buying mixtapes in Camden Market at a stall there. It’s just developed into the internet. But we’ve both been seeking that stuff out for years, whether it’s in person or on the internet.

Can you guys reveal any of the upcoming releases?

James: Three 6 Mafia’s Most Known Unknown and Cousin Stizz’s Suffolk County are the next two. After that, we have various things… We would like to put out some grime and some stuff from home that represents us, as well. We’re starting those conversations now.