We’ve always known $hit and $hine’s Craig Clouse to have a pretty good sense of humor – who else would name their tracks ‘Love Your Hair – Hope You Win!’, ‘No Darling It’s A Pentagram’ and ‘Creepy Ballerina’? But this latest endeavour is the shit, quite literally.

The Texan noise alchemists are releasing a new LP on March 3 via Diagonal called Total Shit, which is described by the label as “the definitive $hit and $hine album” and promises “hot mutations of rock ‘n’ roll, soft rock boogie and fizzing electronic muck across 35 minutes.” Sounds good? There’s more.

To give the listener a taste of what to expect, the band have put together an amazing website called Total Shit, which features a giant, silvery, interactive spinning poo emoji. All you need to do is hover the fly cursor over the poo and hey presto! – a deviant world of warbled, disco-flecked acid mutations awaits you.

Keeping the shit theme in full swing, the label says: “In each of the album’s nine oozing sores, the waste of last night’s necessities bubble in puddles of putrified jus, like those ones you see round the back of train stations or behind a proper rave that no dog could ever be responsible for.”

From what we can hear, Total Shit is sounding even more dancefloor-friendly than the band’s debut full-length on Diagonal, 2014’s Powder Horn, but it’s still addled with the kind of grubby, feverish noise we’ve come to know and love from $hit and $hine.

The record’s artwork has been put together by Diagonal mainstay Guy Featherstone – who was responsible for one of our favorite album covers of 2016. Check it out below and dive into $hit and $hine’s FACT mix from 2015. 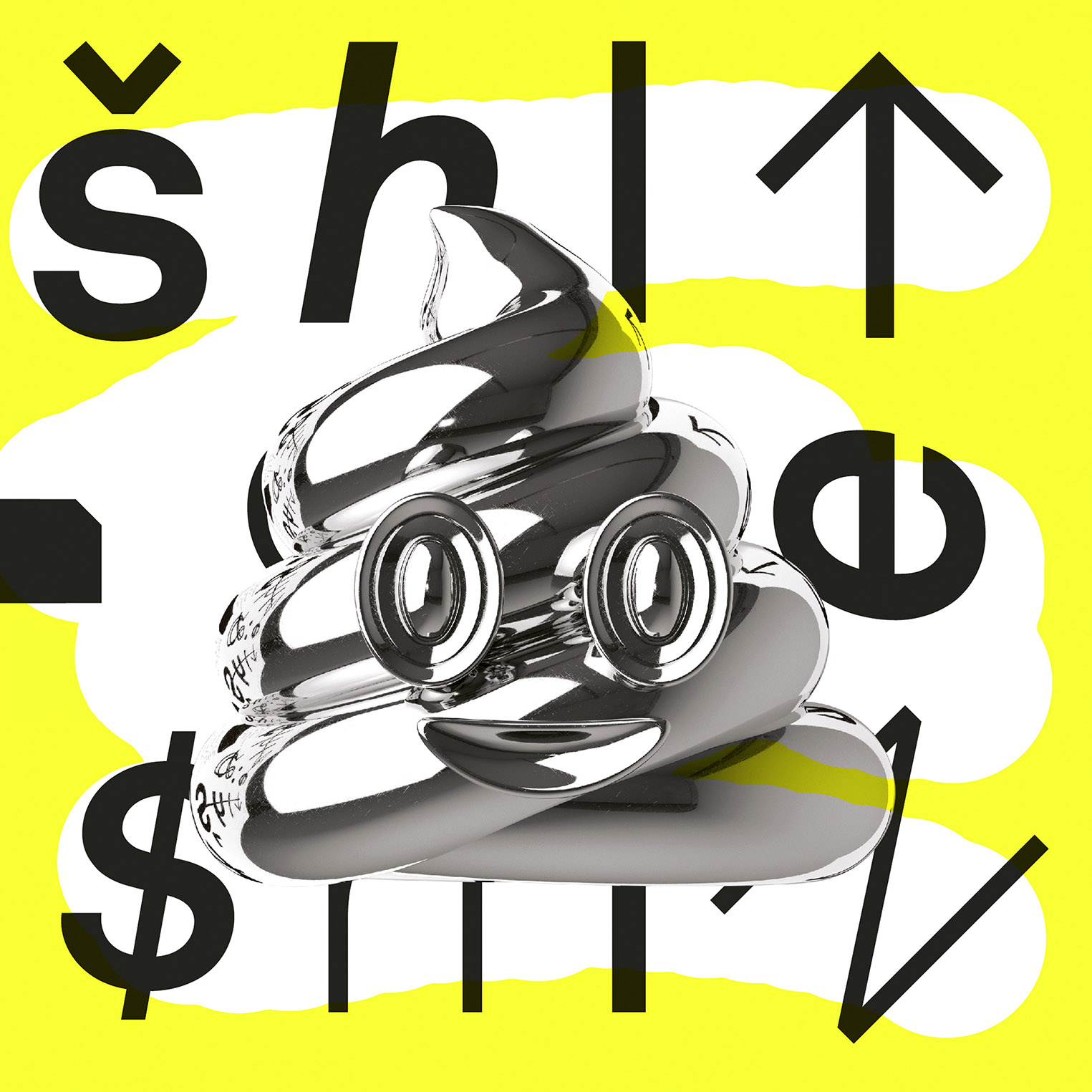