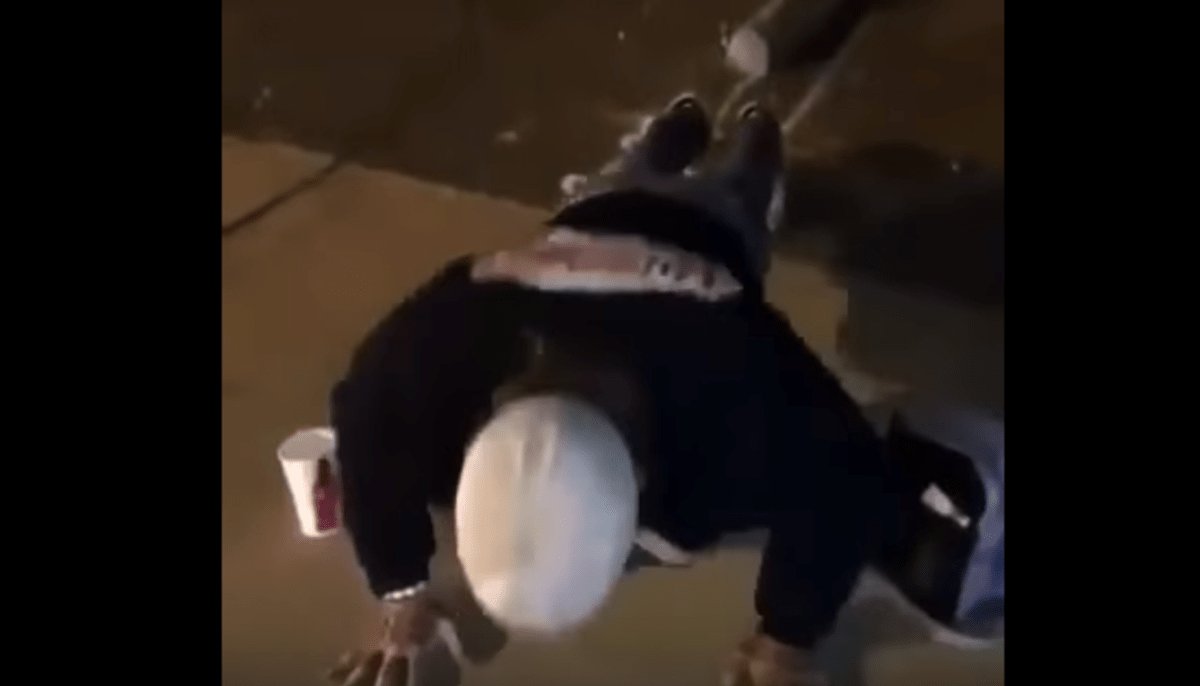 A series of Instagram videos captured the disturbing encounter.

Meek Mill has faced a backlash after posting clips of himself forcing a homeless man to do push-ups for money.

In a series of videos posted to his Instagram Live feed on Friday night, Meek can be seen interacting with man panhandling on the street. The man asks Meek and his crew for money but is told he won’t get “free money”.

The rapper’s crew then double the number of push-ups as they count up to 20 in the video.

Reactions to the video were mostly negative, with Twitter users slamming Meek’s behaviour as “a disgrace” and “fucking gross” – although not everyone agreed, with one tweet arguing that the homeless man was earning the equivalent of $1,200 an hour.

Meek Mill is a disgrace 4making a homeless man do 20 pushups for $20. If your going to give than don't degrade & 20 is nothin when your rich

Meek mill really made a homeless man do pushups for money????? Give the man money or fuck off there are literally two easy options

I have no respect for meek mill for making a old homeless man do 20 pushups just for 20$. Hand the man money w.o embarrassing him on video

Meek Mill told a homeless guy "We not giving out free money" and then made him do push ups for $20. I never respected him and never will now

@TheShadeRoom He made $20 in under a minute… that's over $1,200/hr and you asking me what I think. I think Meek too nice to the homeless

The Philly rapper recently said he would fight Drake in a boxing match for $5 million, following news of Chris Brown’s planned fight with Soulja Boy.

“I’d beat Drizzy the fuck up for five mil. Of course I would. We gonna let Nicki be the ring girl,” said Meek. [via Complex]