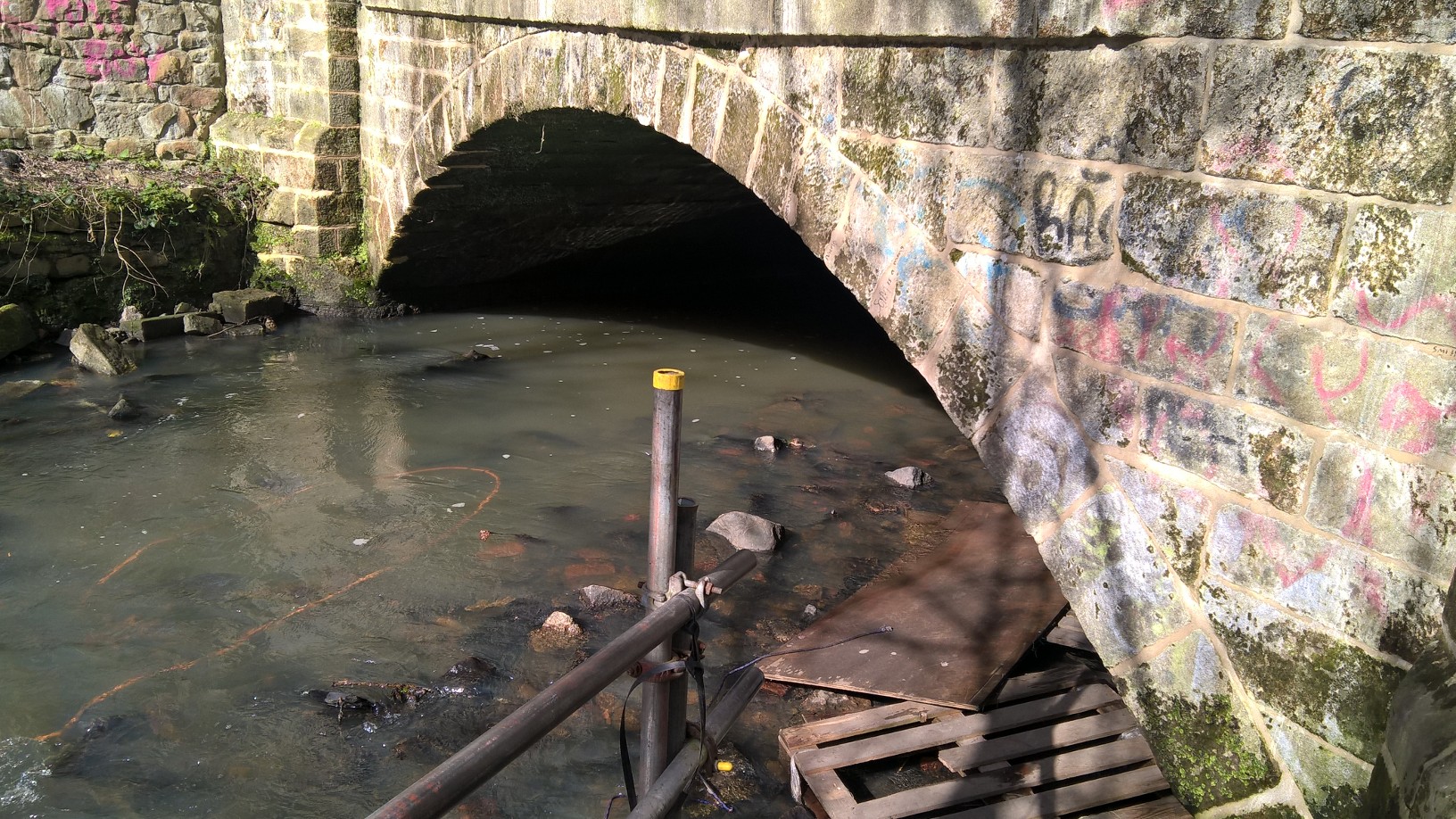 It is believed that the party-goers were university students.

An estimated 200 people attended a rave in a sewer located underneath bridges at the mouth of Newcastle’s River Ouseburn on Saturday (March 11).

As the Evening Standard reports, revellers waded through dirty sewage water to get to the party, which had been publicized on Facebook. A sound system and lighting rig had been set up at the location of the rave.

Police received reports of the rave in the early hours of Sunday morning, before eventually shutting down the party around 4am. No arrests have been made but an investigation is ongoing. Police said in a statement yesterday that the site was “dangerous” and that organizers had put lives at risk. It is believed that the party-goers were university students.

Footage of the event shows discarded laughing gas canisters and cups, while organizers also appear to have made some sort of makeshift bridge.

Discarded laughing gas canisters and cups are in the tunnel pic.twitter.com/S4vwrHrnBK

Organisers would have made this make shift bridge pic.twitter.com/PqV3rgcJVi

“It is not an area that is easy to access so if anyone needed the assistance of the emergency services then they would have been in severe trouble.

“We are very lucky that we are not talking about a more serious incident, particularly when you consider that many of those involved were under the influence of alcohol.”

Yesterday, it was reported that an evening class for beginner DJs at a Nottinghamshire school had to be broken up by police at 3:30am after it turned into a 250-strong rave.