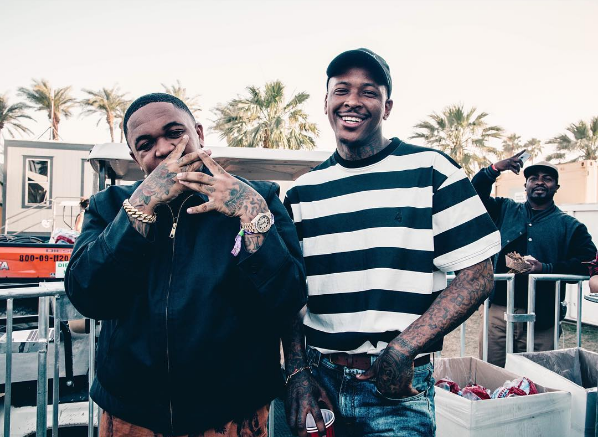 The rapper and producer ended their beef last year following a short rift.

YG and DJ Mustard cement their newly restored friendship with a new track, ‘Pop It, Shake It’.

In 2016, the pair had a short rift over money issues, before reuniting in person at Coachella that year. This was then followed by the announcement of a new mixtape, 400 Summers, which is currently in the works.

It’s not clear yet whether this new song will be featured on the upcoming mixtape, but it’s the first time the pair have collaborated since 2014’s My Krazy Life. Listen to ‘Pop It, Shake It’ below, or stream via Apple Music.

DJ Mustard worked on YG’s 2011 tape Just Re’d Up and 2014 album My Krazy Life , although was absent from last year’s smash Still Brazy – one of our favorite albums of 2016.