All proceeds from the screening event will go to Amnesty International and Crisis.

The UK film premiere of Raving Iran – a documentary that explores Tehran’s underground electronic music scene – is due to be screened in London later this month.

Directed by German filmmaker Susanne Regina Meures, the film exposes the struggles, dangers and persecution faced by Tehran-based DJs Anoosh and Arash who spend their time producing music and selling albums “under the counter,” as well as organising illegal parties in the Iranian desert.

The film focusses on the pair’s 2014 journey to Zurich, where they are invited to play the Zurich Street Parade. According to the synopsis, Anoosh and Arash “decide to stay and claim asylum in Switzerland, leaving their loved ones behind, in order to pursue their dream.”

Taking place at Village Underground on April 27, the event will start with an official screening of the documentary, followed by a Q&A session, before Anoosh and Arash make their debut UK performance as Blade & Beard (B&B). Tickets are available from RA.

In Iran, Western music is banned from state-run radio and TV. Back in 2014, six Iranian youths were arrested for appearing in a viral video dancing to Pharrell’s ‘Happy’ and sentenced to jail time and 91 lashes each. 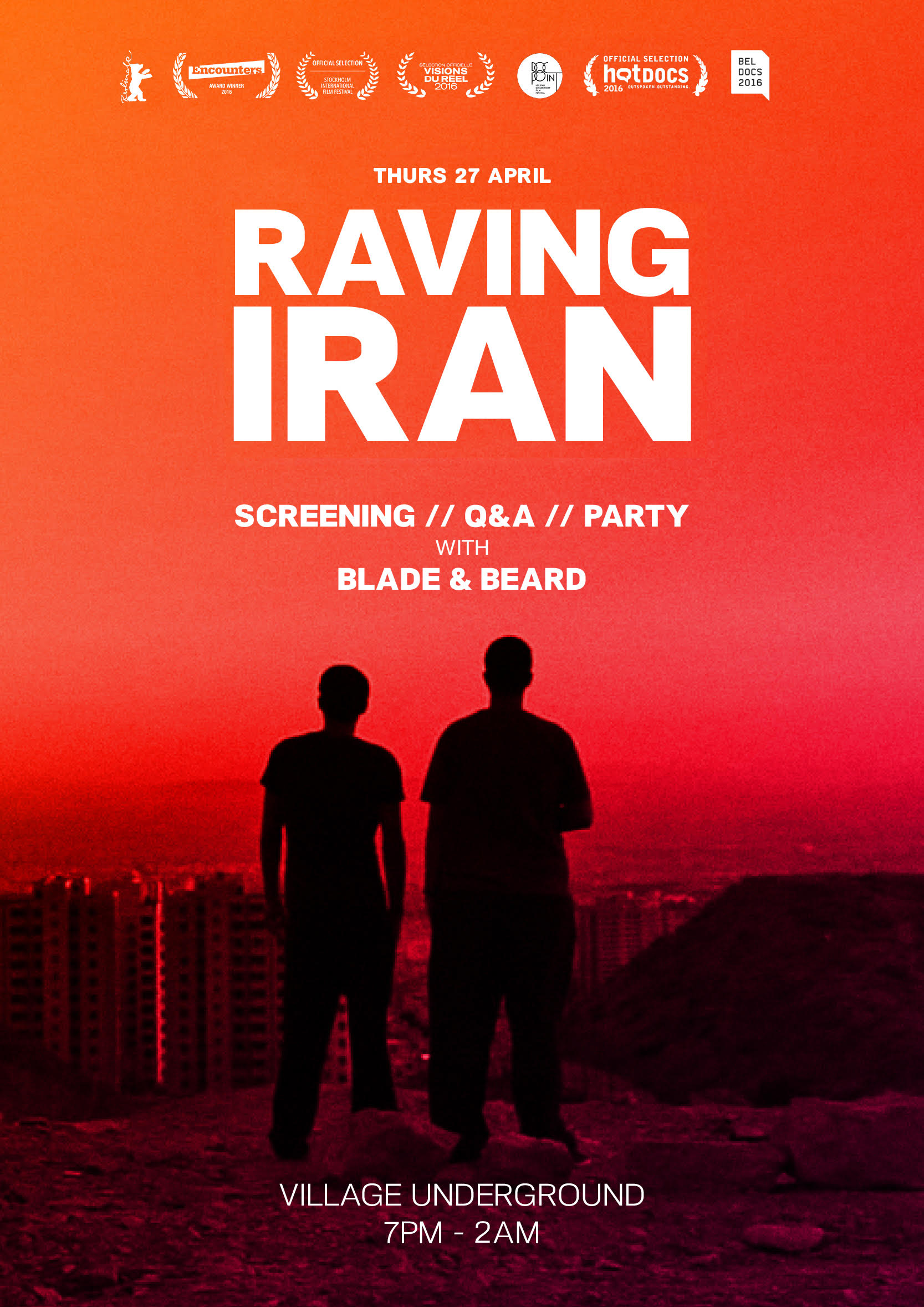