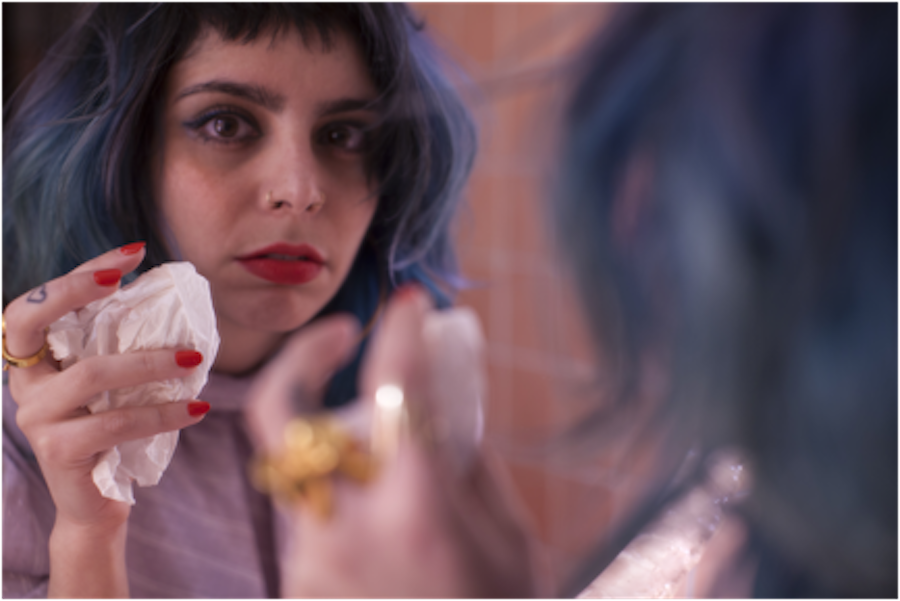 TALsounds is the cloudy, gorgeous solo project of Natalie Chami from Chicago psych-trio Good Willsmith. Today she’s announced her next album Love Sick will be released this June.

Chami has been a regular in our Best of Bandcamp column with releases such as All The Way and last year’s Lifter + Lighter (our #4 favorite Bandcamp release of 2016) on her bandmates’ label Hausu Mountain. While those were cassette releases, Love Sick marks her first vinyl release ever.

Today you can hear the first single ‘Disgrace’ which was built from Chami’s usual method of editing together improvisatory sessions, but contains some of her clearest and most expressive vocals yet. It comes with a music video directed by Sarah Zucker that has just the right amount of crystals to fit the song (it’s a lot).

Watch below and look for Love Sick on June 2 via Ba Da Bing Records.