Record Store Day may have become a by-word for everything commercial, but this year an alternative event hosted by south London’s Rye Wax looks set to inject some fun and DIY spirit back into the vinyl lovers’ celebration.

The Run Out 2017 – A Celebration Of DIY Culture is taking place on Saturday April 22, the same day as RSD, and will feature a number of exclusive dubplate releases, which have been cut at a local lathe.

Hyperdub, PAN, Night Slugs, Where To Now? and Príncipe Discos are among the independent record labels participating in the series, which will feature new tracks pressed individually with a maximum of only 10 cuts per record. See the full list below.

The Run Out will take the form of “an all-day street party”, which will also feature a record fair, documentary screenings, panel talks and label workshops along with live bands and DJs. It will later turn into a club night with both Hyperdub and Night Slugs DJs performing.

Check out the Facebook event for more info and visit RA for afterparty tickets. 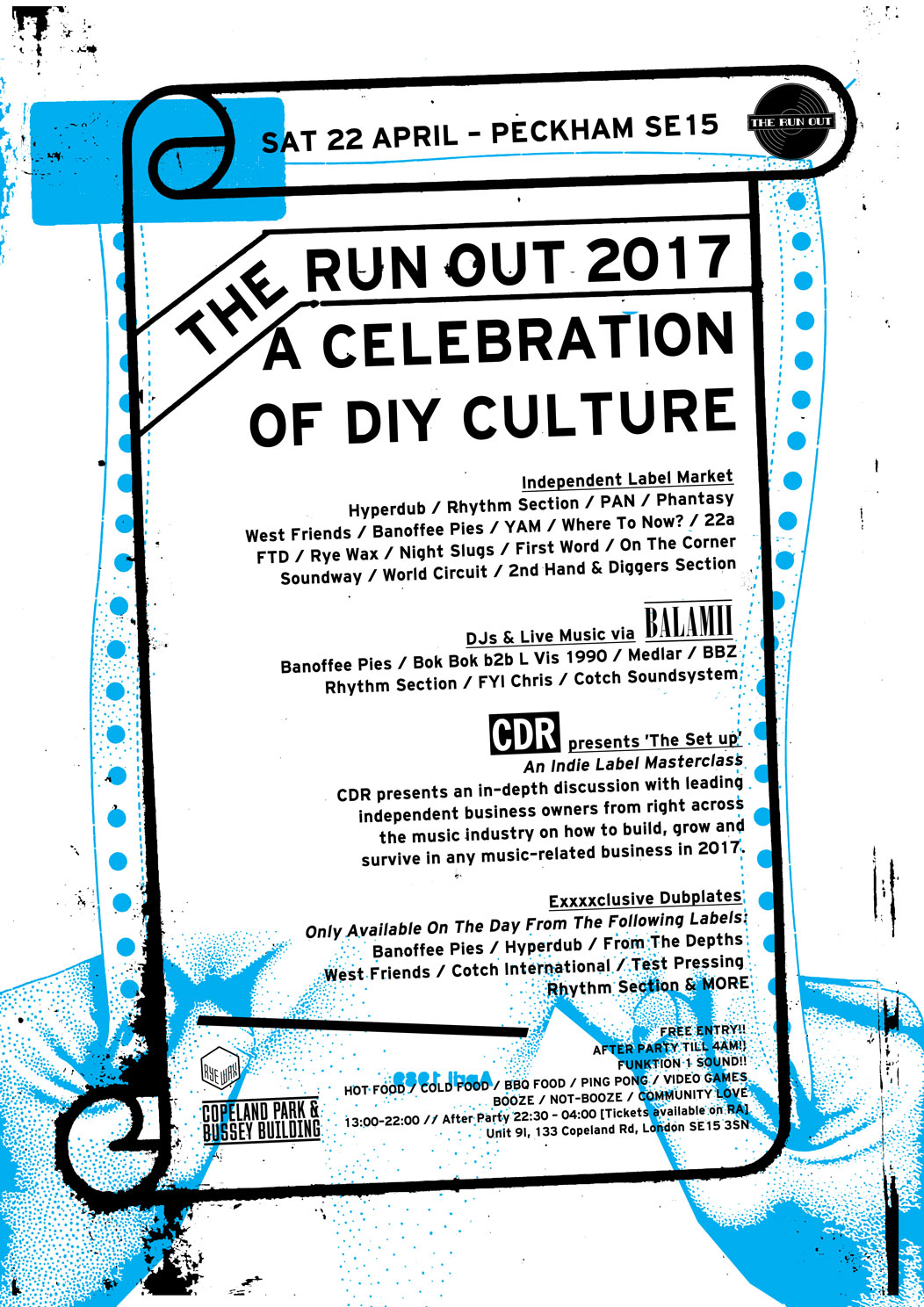