A “personal ode” to his Syrian homeland.

Omar Souleyman returns with his third album, To Syria, With Love, which is out via Mad Decent on June 2.

The follow-up to 2015’s Bahdeni Nami, this new LP has been described as “a departure musically and lyrically” from Souleyman’s previous material. The Syrian-born singer still embraces traditional dabke and Egyptian baladi folk styles, but this time around the focus has shifted onto “elaborate keyboard and techno elements.”

The Wenu Wenu artist calls the album “a personal ode to his native country” and one that emphasises his emotional connection “to the land and people but not without heartache in view of the nation’s current state.” Souleyman has been an advocate for charity Our Heart Aches for Syria since it was founded in 2013 and that same year performed at the Nobel Peace Prize Concert in Norway.

To Syria, With Love is set to lyrics and poetry co-written by Souleyman’s long-time collaborator Shawah Al Ahmad.

“We are in exile, and our nights are long / Our homeland is our only comfort / Life caused us so much pain our wounds are too many and every wound calls out, ‘We miss Al-Jazira’,” sings Souleyman.

Omar Souleyman will head out on a US tour next month, before touching down for a number of European dates, including a performance at London’s Field Day festival. 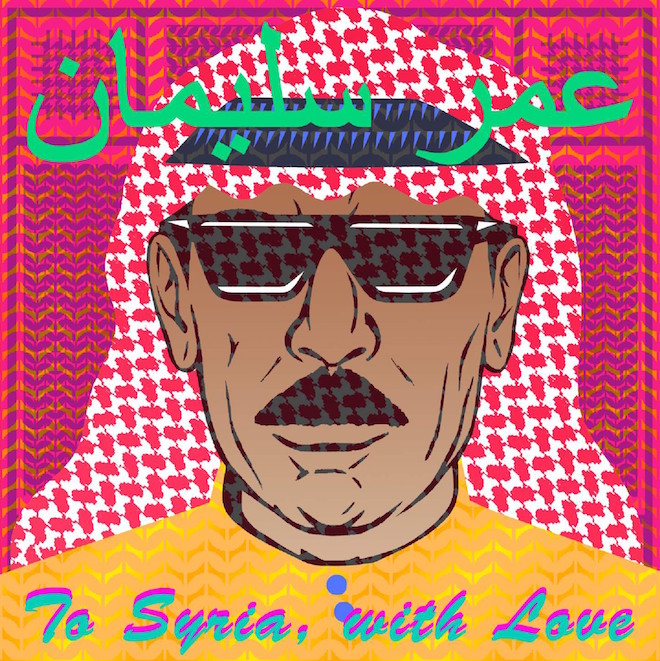