From Croatia and Paris to Japan and beyond.

The tour kicks off next month and continues until December, with Rush Hour co-founder Antal and Hunee taking to the stage at Japan’s Rainbow Disco Club in the mountains of the Izu Peninsula near Tokyo on May 3 with San Proper and Sadar Bahar.

Hunee will then be joined by Soichi Terada on May 7 for a set at Kobe’s Troopcafe, while a hometown show at Strange Sounds From Beyond festival has been planned for June. See the list below. More dates are set to be announced in the coming months.

Founded in 1997, Rush Hour was the result of a “hobby that got out of hand” and has over the years morphed into a global presence committed to releasing new and rare gems. Last year, the label launched a reissue series of Japanese rarities, which has so far included a 7″ of Ryuichi Sakamoto’s classic 1978 track ‘Thousand Knives’. 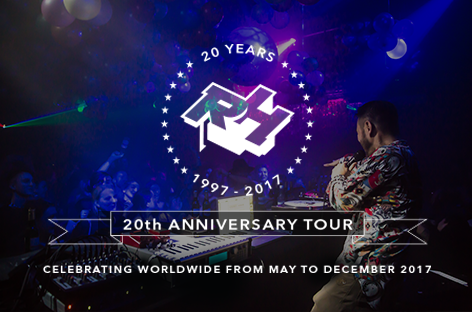 Read next: Soichi Terada and Shinichiro Yokota are the Japanese house geniuses finally getting their due