Jeanette Leech chronicles the slippery anti-genre from the ‘80s onwards.

The sprawling history of post-rock is the subject of a new book featuring interviews with some of the subgenre’s most prominent musicians.

Under the (fittingly lower case) title fearless.: The Making of Post-Rock, the 392-page book traces the development of the sound from the late ‘80s, exploring “how the strands of post-rock entwined, frayed, and created one of the most diverse bodies of music ever to huddle under one name.”

“Post-rock is an anti-genre, impossible to fence in,” says the book’s description. “Elevating texture over riff and ambience over traditional rock hierarchies, its exponents used ideas of space and deconstruction to create music of enormous power.”

Members of Godspeed You! Black Emperor, Mogwai, Tortoise, Stereolab, Fridge (featuring Kieran Hebden, aka Four Tet), UT and Codeine were all interviewed for the book, hinting at the breadth of author Jeanette Leech’s investigations.

“The doors were blown open for me on everything,” says Hebden. “I didn’t think in terms of genre almost ever again.”

With a cover designed by Graham Sutton of post-rock icons Bark Psychosis, the book is out on June 6 via Jawbone Press. Leech is also the author of Seasons They Change, a history about acid and psychedelic folk.

Want to dig deeper? Here are the 30 best post-rock albums of all time. [via Pitchfork] 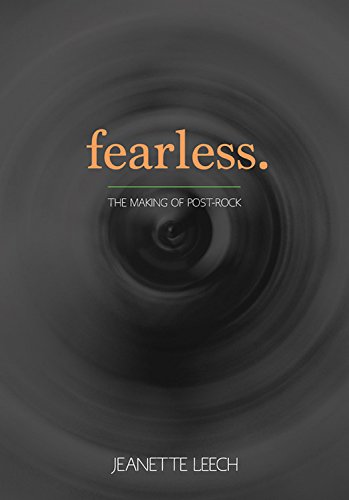