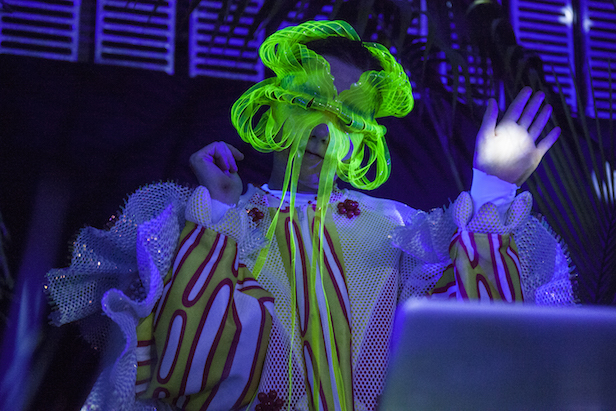 The Barcelona festival scores an impressive addition to an already impressive lineup.

Björk is set to DJ the opening night of Sónar 2017, with an immersive exhibition of her VR and video work also set to coincide with the start of the European festival.

Taking place from June 13 until September 24 at Barcelona’s Centre For Contemporary Culture (CCCB), Björk Digital will combine “performance, cinema, installation, video and interaction, with VR playing an integral role in the experience,” according to the press release.

Last month, it was revealed that Björk is publishing a career-spanning book of sheet music, called 34 Scores. The legendary artist recently spoke to Pitchfork about the book, as well as her love for VR.

“I try to look at it as just as a tool,” she said of technology. “We’ve always had tools. We discovered how to work with fire, we made the first knife. The nuclear bomb comes and everybody’s like, ‘Oh, well, we could actually kill everybody.’ We had to go through the morality of it. And so we have to react to that with technology.”

The Homogenic artist added that she is most anxious about technology “when it comes to the planet and the environment” and urged people to “do shit… I think we need to put humanity into technology — the soul. It’s about using technology to get closer to people, to be more creative.”