One of Berlin’s best festivals is back for 2017.

Berlin Atonal has revealed its initial lineup for 2017, with plenty of one-off techno and experimental collaborations on the bill.

A musical collaboration between XL and Diagonal artist Powell and artist Wolfgang Tillmans is one of the many highlights, as is the world premiere of Roly Porter and Paul Jebanasm’s ALTAR, based on “a performance of ritual system music.”

Other artists on the lineup include Swedish duo Roll The Dice, recent FACT mixer Pan Daijing, who debuts a new show called Fist Piece, and recent FACT one-to-watch Inga Mauer, who debuts her new live set at the festival.

Fis will also collaborative with live coding wizard Renick Bell, while enigmatic producer Abul Mogard will perform his first ever live show. Posh Isolation’s Puce Mary will also appear with a new performance titled A Feast Before the Drought.

Berlin Atonal takes place at the city’s Kraftwerk building from August 16-20. Tickets for the whole five days are on sale now, with day passes due to go on sale when further artists are added to the bill in June. 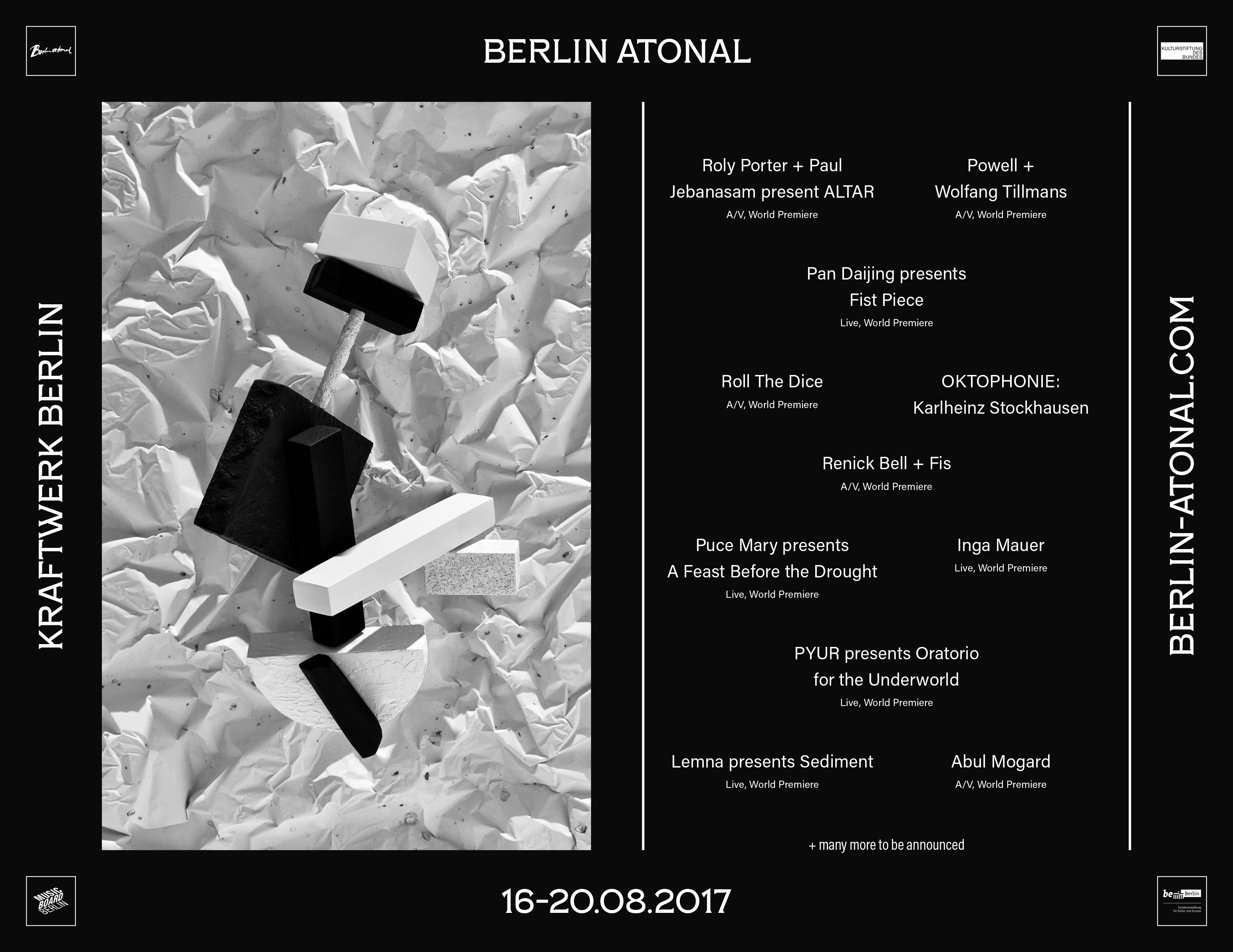