Clashfinder at the ready…

Glastonbury has announced the full lineup for 2017, with Run The Jewels, Katy Perry and Charli XCX among the new additions.

They join previously announced headliners Radiohead and Ed Sheeran (yay!) along with Boy Better Know, who will headline the Other Stage. See the lineup below. 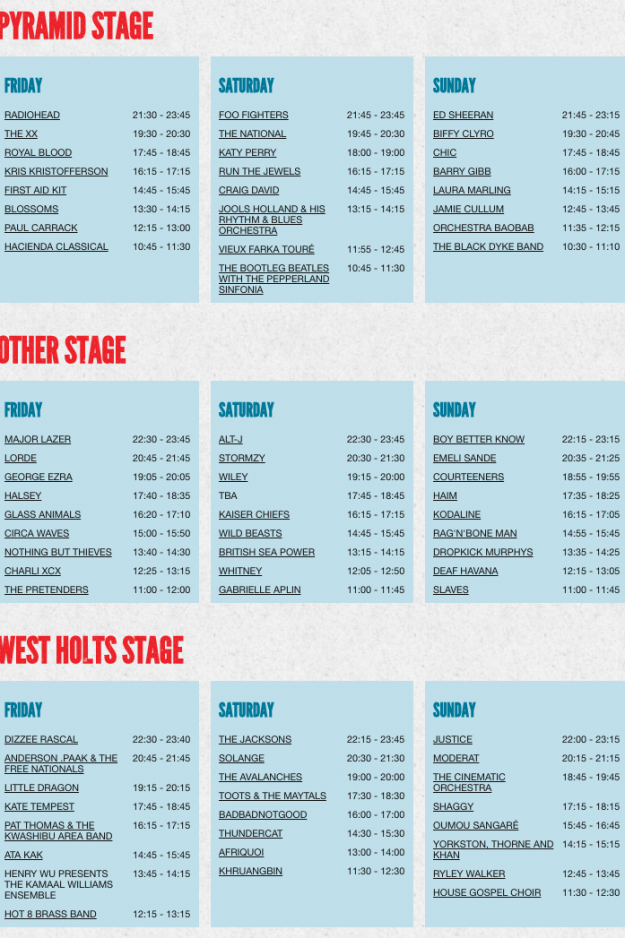 Glastonbury 2017 takes place at Worthy Farm between June 21 and 25. Visit the Glastonbury website for more info.