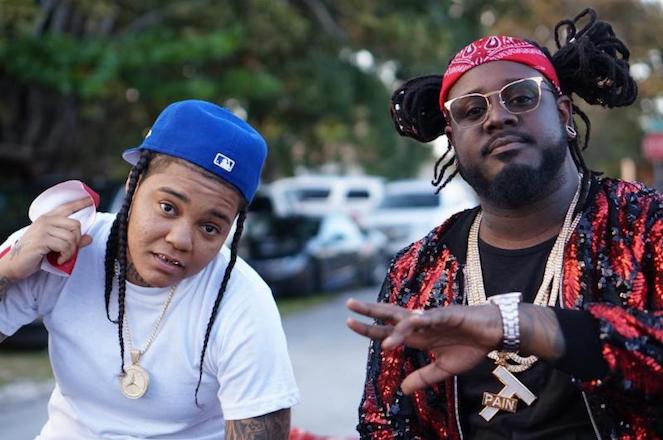 From his upcoming album OBLiViON.

The highly-anticipated collaboration, which was released last week, is a play on Junior M.A.F.I.A.’s 1995 cut ‘Get Money’. On the hook, Pain flips the chorus of Biggie-featuring classic from its cold mantra of “fuck bitches, get money” to something a little bit more croony.

This comes on the heels of an unearthed EP of T-Pain and Lil Wayne collaborations, T-Wayne. The seven-song collection features unreleased music created circa Pain’s ‘Can’t Believe It’.

‘F.B.G.M.’ is the lead single from T-Pain’s upcoming album OBLiViON. Check out the video below.