Including a date at London’s Eventim Apollo.

TLC have announced their first ever UK tour.

Kicking off in Bournemouth on November 5 and taking in shows in Manchester, Glasgow, Cardiff and London, the tour finishes up with a date at Birmingham’s Barclaycard Arena on November 16.

Tickets go on sale via Ticketmaster on July 14. 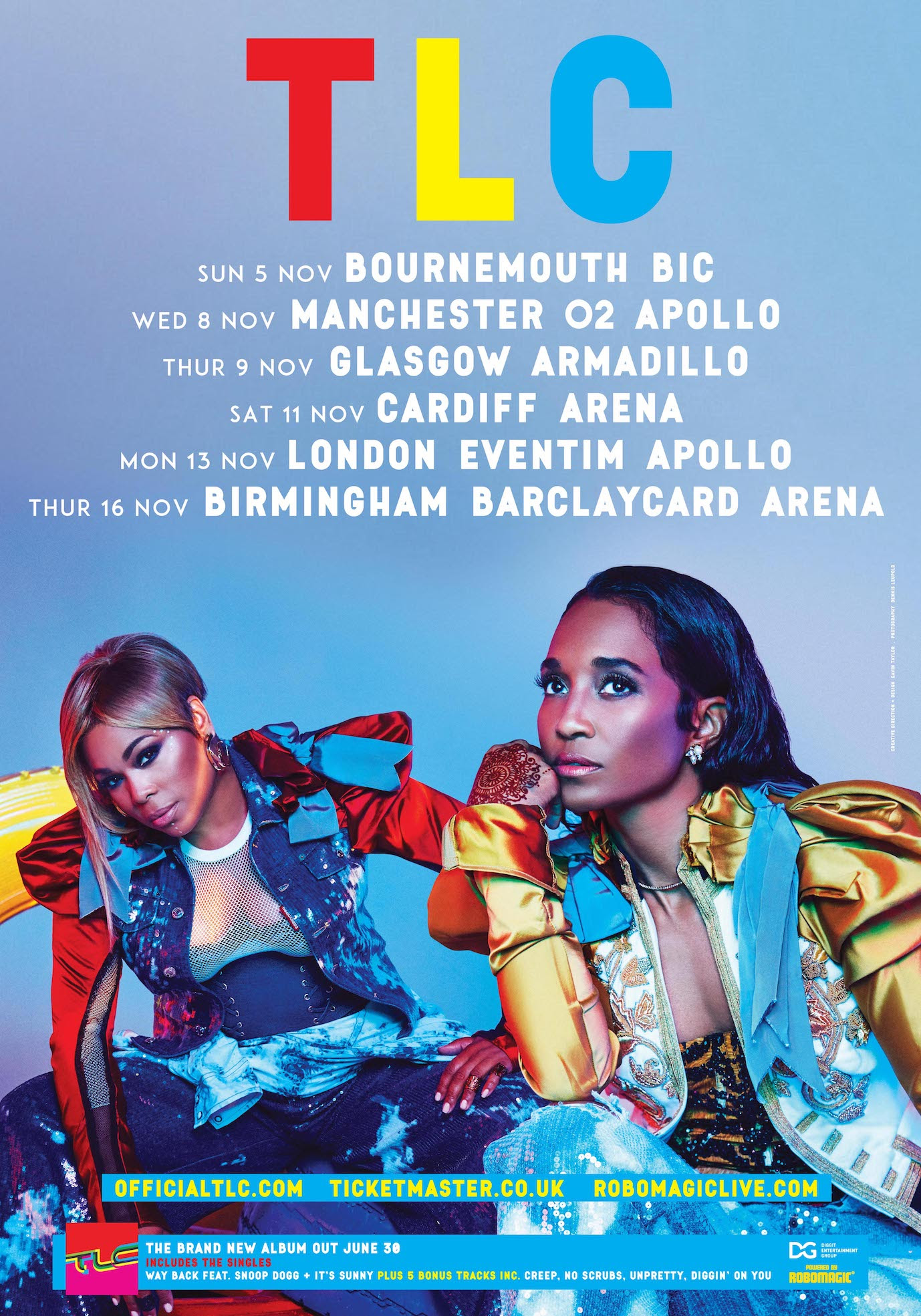 Last month, TLC made a comeback with their first album in 14 years, TLC. Watch the video for ‘Way Back’ featuring Snoop Dogg below.