This week, Hype Williams continue to fuck with our heads by releasing a confounding squiggle of noise that throws up more questions than answers, while Charli XCX and Jessie Ware remind us of the power of pop.

Elsewhere, Jlin and Zora Jones tip the scales with a tightly-wound post-club scorcher and Machine Woman’s genre-defying productions continue to excite and intrigue. Oh, and people are split down the middle about Skrillex and Poo Bear’s muffled sunroof house track ‘Would You Ever’. Here’s what our reviewers made of the week’s hottest singles.

Daniel Montesinos-Donaghy: So who were YOU most surprised to see in the ‘Boys’ video? As a devout fan of the first two Gallows albums, my girlfriend looked pretty shocked to hear my screams upon seeing Frank Carter’s wiry frame onscreen with birthday candles attached to his fingers. For that sentence alone, I would be giving XCX a 10, but a piece of Game Boy-SFX pop this catchy deserves an 8, especially when coming in at just under three minutes. (8)

Chal Ravens: As a fully paid-up member of the Charli XCX cult I needed no persuading anyway, but HOLY CATSUIT, this is pop perfection and would be a high scorer even if I hadn’t just spent 15 mins making Riz-Ahmed-pink-teddy.gif. The legacy of PC Music is bright and shining, assuming this is an A.G. Cook and/or SOPHIE beat – why can’t the internet provide me with this information? (9)

Jibril Yassin: Jaw-dropping video aside, this feels a bit too sanitized for a Charli XCX song – it’s almost too clean and cute, the usual PC Music hallmarks seemingly scrubbed off save for some obnoxious Mario-esque coin sounds. That being said, Charli’s pop instincts are still razor-sharp: this is essentially an extended chorus that doesn’t drag on. But will this be the track to finally take our girl to the top of the pop world? Time will tell. (7)

Carl Anka: Oh hey look Charli XCX made a perfect pop song! Again! The music video kicked up a fuss last weekend (and rightly so), but the underlying song is A1. Audio cotton candy that will live on many an end of year list when December rolls around. (9)

Tayyab Amin: This song is quite pleasant, but that’s not what we’re here for is it? These boys are hit and miss for me; I want to be the one cutting Rostam’s hair, Stormzy eating cereal is the cutest thing I’ve ever seen and the Riz MC shot almost had me forgiving him for Girls. Conversely, Ty Dolla looks much better in his own videos and I can’t shake the idea that the video is some unholy mashup of Terry Richardson’s and Wes Anderson’s styles. (6)

Daniel Montesinos-Donaghy: An incredibly focused piece of work, picking up speed like a whirlpool and with about as much intensity as one too. (7)

Chal Ravens: As a fully paid-up of member of the Jlin cult I needed no persuading anyway, but HOLY HOLE IN A DONUT this is good!!! So visceral and so brainy at the same time, and that hip-hop-gone-FWD>> bass stirred in like the spike in the punch. TBH I’d say 35 out of 10. (10)

Jibril Yassin: This track feels bonkers, much like a colossal meeting of the minds, but it’s hard to identify trademark elements of both producers involved. There’s plenty of tension and release between the kinetic drum patterns, sub-bass and that vocal sample that arrives sucking up all the space left in the song. (8)

Carl Anka: Two of the best electronic producers around today combining to make the dance music version of a game of Double Dutch. In nearly four minutes the pair take us on a rollercoaster of sirens, drum ‘n’ bass snares and tight dub delays. They could have made this track twice as long and you wouldn’t get bored. (8)

Tayyab Amin: Jlin’s had the Midas touch for a hot minute and she’s showing it. Meanwhile, Zora Jones is doing that Gambit thing she does where she transforms the energy of whatever’s in her DAW to raw kinetics and sets it loose on the dancefloor. My USB stick fully just popped its lid off to ask me when this drops so you know it’s a lot. (8)

Daniel Montesinos-Donaghy: In my time as a FACT contributor, I believe that this song is the shortest we have ever covered in Singles Club. And who knew that shortening tangles of nerve-ending guitar screeches and lazily triggered MPCs to around 90 seconds would be the thing that made me finally appreciate Hype Williams? (7)

Chal Ravens: As a fully paid-up member of the Hype Williams cult I have no idea what to think, but I would suggest that this is either: a) a crusty, lo-fi Dean Blunt loosie to file alongside the other crusty loosies or b) a weird fake. Or I guess c) a weird “fake”. In the Hype Williams hall of mirrors it doesn’t really matter – #deathoftheauthor and all that. I have no strong feeling on the “track” so I’ll say (5) out of 10.

Jibril Yassin: Not including this track on new album Rainbow Edition leaves me wondering if it is intended to imply a new direction or is simply a toss-off. The song certainly fuels more questions than answers. Is Dean Blunt really not involved? And more importantly – why does it sound noisy and dark as hell but tantalizingly short? (6)

Carl Anka: Naming your band after one of the most influential music video directors of all time is a bum move. Sticking 90 seconds of an internet dial-up tone as fed through a vacuum machine is a smarter one. Hype Williams probably want to be taken as a serious experimental art project, but they’re much better off being enjoyed as a troll piece. (5)

Tayyab Amin: I’ll be the first to proclaim myself guilty of loving ungainly slabs of noise disproportionately more than things that are actually nice, but even I’d rather get down to Ashanti’s ‘Only U’. This sounds like sharp strings and guttural guitar sampled, swallowed, then left to swill about the stomach and wallow in acid before being regurgitated up as this malformed crisis. I just can’t quite get into it. (5) 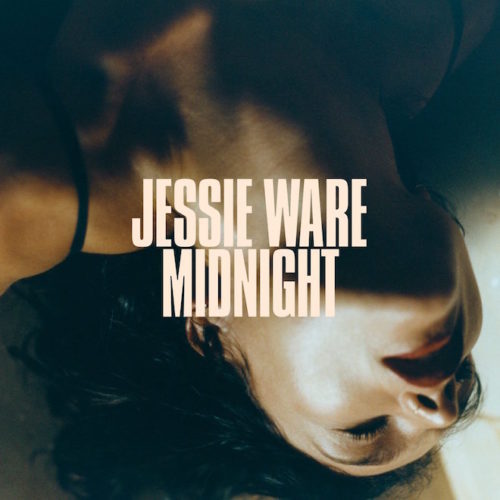 Daniel Montesinos-Donaghy: Shout out to whoever was in the room that decided “sexy ‘Benny and the Jets'” was the way to go. (7)

Chal Ravens: I interviewed Jessie Ware years and years ago, when she was just emerging as Sarf London singer-for-hire on those SBTRKT tunes, and she was such an absolute lad of an interviewee and general all-round nice person that I’ve been rooting for her ever since. When she went down the MOR-pop route after that first album and the dance-adjacent vocal appearances, I basically admired what she was doing even if the tunes felt a bit normie – but hello, what is this? ‘Midnight’ is exactly what we should be hearing from Jessie – channelling the big lungs, bigger earrings-era, but with less tidy elegance and more boudoir sass. Karaoke this at your peril. (7)

Jibril Yassin:  As fantastic as Jessie Ware is and has been, did anyone expect something as sublime as this? It’s thrilling to hear her voice perfectly float over that old-school piano in the chorus, making her admissions of love sound absolutely massive. (9)

Carl Anka: Jessie described ‘Midnight’ as “the song I’ve always wanted to be able to sing but perhaps didn’t have the confidence until now”, and 45 seconds in she hits a note that makes you go ‘Holy heck!’ Jessie’s long had a handle on music for lounging, but ‘Midnight’ is a reveal that she’s been playing with kid gloves the entire time. (9)

Tayyab Amin: When did Jessie’s vocal become so big? The other thing I didn’t anticipate was a full-blown band song after all the intimacy of the intro. I love the contrast between the extended inhales of each verse and the uncontainable, explosive exhales of every chorus. I’m ready to be a fan again. (7)

Daniel Montesinos-Donaghy: A waterlogged-sounding congregation of drums and wiped-out harmonies, pulsating into something damaged and quite pretty. (7)

Chal Ravens: Such a delightful yin and yang proposition from Russia’s very talented Machine Woman, with those ruff ‘n’ tumble drums rolling under a gooey melody. There’s actually a dangerous hint of “summer festival hit” in here – ideal for the kind of bag-of-cans communing that the likes of Jamie xx and Caribou normally take care of. (8)

Jibril Yassin: Machine Woman has crafted a charming throwback gem here – four minutes of incisive groove paired with a synth and drum setup definitely worthy of the clubs it seeks to evoke. (7)

Carl Anka: Berlin-based producer Anastasia Vtorova has produced a solid bit of perpetual motion that you would probably keep playing if it was 2006 and it was running on someone’s MySpace page. The track is about 30 seconds too long, mind. (6)

Tayyab Amin: God bless the rise of Machine Woman, whose productions seem to get tighter and tighter as she expands her range in electronic music from oddball, droney cassettes to must-have dancefloor 12”s. Here’s a combination of multiple things I’m usually restricted to loving individually: thick drums that come with a crunch, enormous, comfortable quilts for sweepers and bass music era-worthy vocal sampling. No way you’re not nodding your head to this. (8)

Skrillex & Poo Bear – ‘Would You Ever’

Daniel Montesinos-Donaghy: I appreciate Skrillex throwing a bone to Poo Bear – the largely undersung vocal trainer that can be credited with helping realize Justin Bieber’s R&B ambitions. The problem, however, is that the collaboration mirrors their superstar friend’s career path, with Poo Bear’s R&B influences being amalgamated into dry-ass dance music. Also, to quote my girlfriend: “this sounds like Taio Cruz”. (4)

Chal Ravens: Skrillex’s existence is something I’ve learned to not merely understand but actively encourage (keep existing, Sonny!) but the Skrillpoo combo reminds us that he knows exactly how the cookie crumbles: the only way to figure Bieber’s backroom boy into a radio hit is to, er, “edit” the fuck out of his vocal until it sounds something like a dude singing through a sponge after taking consecutive hits of helium and nitrous. For a lamestream house jam, though, I would absolutely crank this in a holiday hire car. (7)

Jibril Yassin: Did Skrillex and Poo Bear churn this out in their sleep? It’s a glitchy maximilian ‘banger’ with no real missteps, but it’s a perfunctory one that feels slight standing next to Skrillex’s best. (5)

Carl Anka: This is fine. However, I’m not nearly inebriated enough, or living in a place with enough constant days of sunshine to class this as anything other than fine. (6)

Tayyab Amin: Both woefully and wonderfully inarticulate, I just don’t get how you’re supposed to do electronic euphoria when your singer sounds like they have their face in their jumper and is privately serenading their own torso. (4)