The Streets to reunite for greatest hits tour 2018 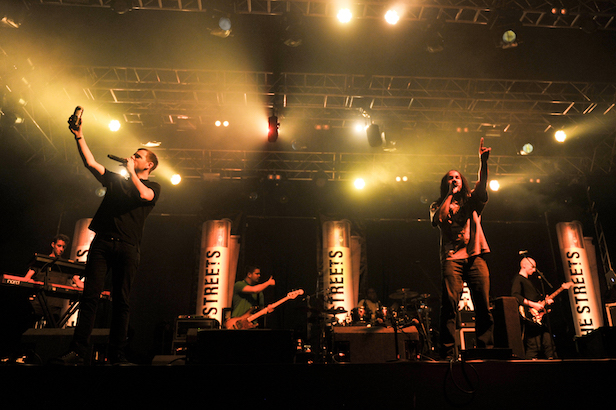 The Streets have announced a greatest hits tour for next year.

The band’s Mike Skinner announced the news in an Instagram post yesterday (October 9), writing: “spoken to my band! told them we need to sing the old songs!”

The newly-reunited band will play shows in various UK venues next April, performing tracks from their much-loved albums Original Pirate Material and A Grand Don’t Come For Free, plus more.

Venues include the O2 Academies in Birmingham, Glasgow, Manchester, Leeds and London – see the full list of dates below. Tickets go on sale Friday October 13.

The Streets last toured in 2011 in support of their fifth and final album Computers and Blues. 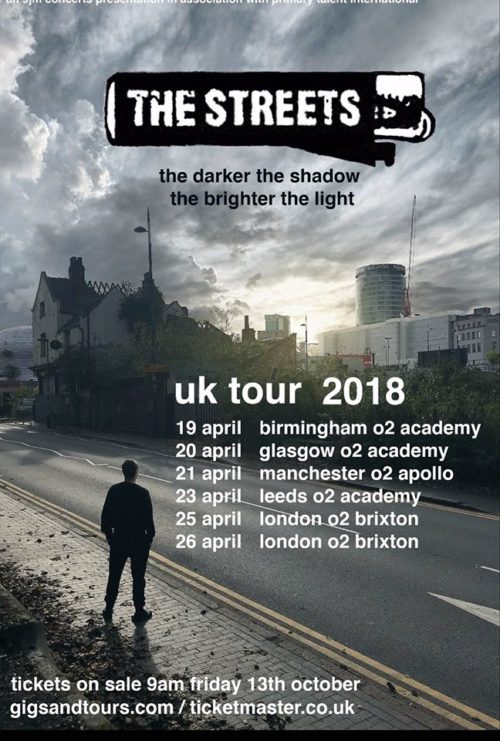 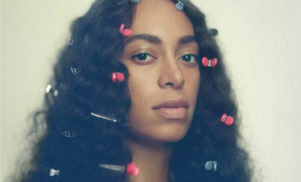 Cardi B, Solange and The Streets announced for Parklife Festival 2019 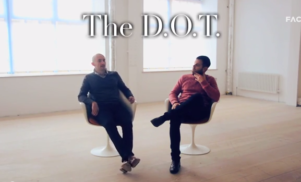 “We’ve had a baby.” Mike Skinner and Rob Harvey talk nights out with Danny Brown and fertilising The D.O.T. egg 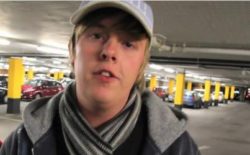