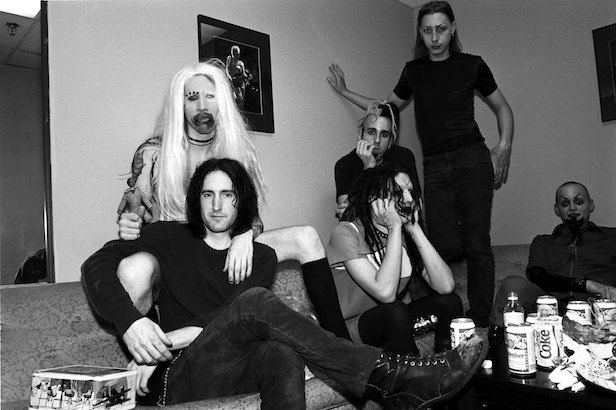 According to to the San Antonio Current, Berkowitz – real name Scott Putesky – died on Sunday (October 22) following a four-year battle with colon cancer.

Scott Putesky met Brian Warner in Florida in 1989 and formed Marilyn Manson & The Spooky Kids. They released their debut album in 1994, the Trent Reznor-produced Portrait Of An American Family.

The Smells Like Children EP came the following year and featured the band’s career-changing cover of Eurythmics’ ‘Sweet Dreams (Are Made Of This)’, which helped catapult them into the mainstream.

Berkowitz quit Marilyn Manson in 1996, during the recording of the band’s second album Antichrist Superstar. In 1998 Putesky joined riot-goth legends Jack Off Jill and appeared on their Covetous Creature EP, before quitting the following year. Jack Off Jill paid tribute to Putesky yesterday.

Marilyn Manson has also paid tribute to his former bandmate on social media.

Scott Putesky and I made great music together. We had our differences over the years, but I will always remember the good times more. Everyone should listen to “Man That You Fear” in his honor. That was our favorite.