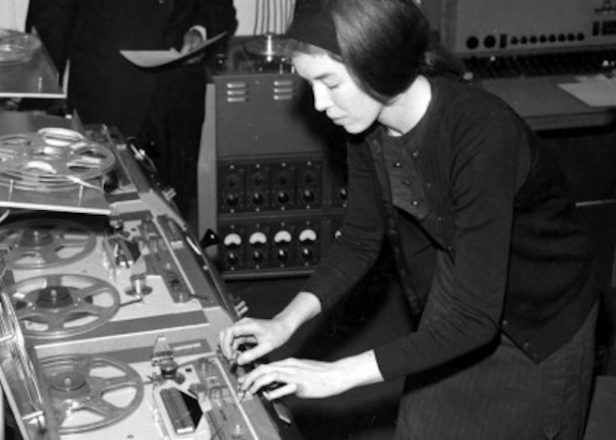 The electronic music pioneer was honored by her hometown university.

Delia Derbyshire, composer of the Doctor Who theme and a key member of the BBC Radiophonic Workshop, has posthumously received an honorary doctorate from Conventry University today, The Guardian reports.

Derbyshire was born in Conventry in 1937 and later attended Cambridge University for math and music with the aid of a scholarship she won. It was in 1962 that she created the Doctor Who theme from a written score by Ron Grainer, though due to BBC policies and the male-dominated industry, she was not giving a writing credit on the song.

The past year has brought an outpouring of honors for Derbyshire, who died in 2001 and would have celebrated her 80th birthday this May. Manchester established Delia Derbyshire Day in January, while Conventry announced plans to name a street after her last fall. Manchester’s John Rylands Library as also announced plans to digitize the composer’s musical archives.

Revisit the classic Doctor Who theme below.

Read next: The Sounds of Time: 50 Years of Doctor Who’s influential music and SFX