Noton is set to kick off next year with a 15+-years-old live recording of a performance by oddball vanguards Mika Vainio, Ryoji Ikeda and Alva Noto. Live 2002 features the supergroup performing in Newcastle’s Baltic Arts Center in September of that year and according to Boomkat, this is the only known recording of the trio’s collaborations.

Earlier this year, Ikeda debuted new immersive audio-visual art commissioned by our pals at The Vinyl Factory, as well as conducted the largest synth orchestra in history via the engines of 200 cars in a Downtown Los Angeles parking garage across the street from the Walt Disney Concert Hall.

Pan Sonic founder and noise icon Vainio passed away earlier this year at the age 53. 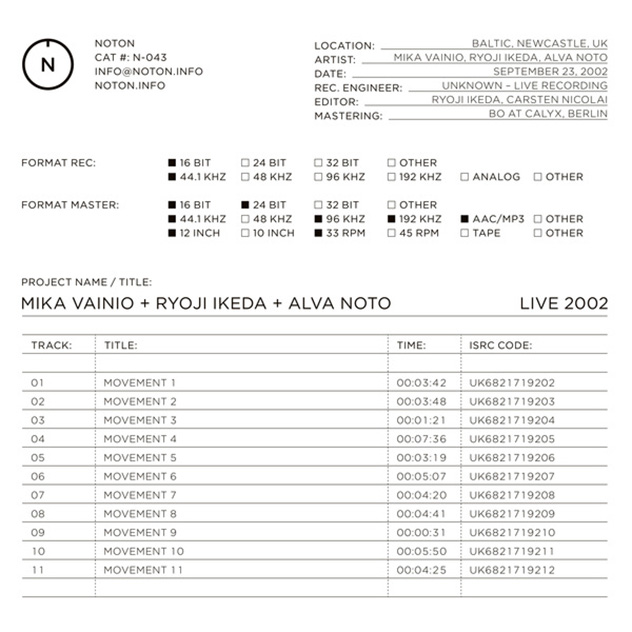