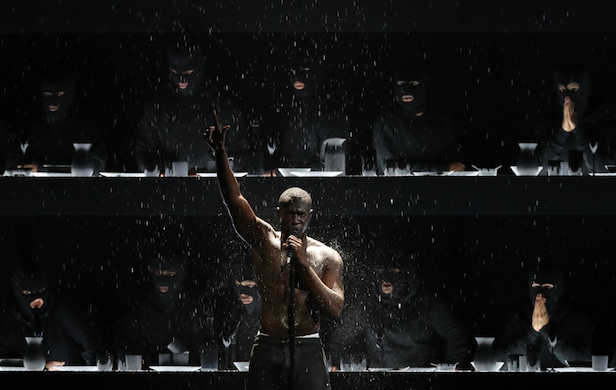 “What, you thought we just forgot about Grenfell?”

Stormzy performed a show-stopping freestyle at the 2018 Brit Awards last night (February 21) that took aim at Prime Minister Theresa May over her handling of the Grenfell Tower tragedy.

“Theresa May, where’s the money for Grenfell?” he asked, before adding: “What, you thought we just forgot about Grenfell / you criminals / and you got the cheek to call us savages/ you should do some jail time / you should pay some damages / we should burn your house down and see if you can manage this.”

The south London MC  – who won the award for British Male Solo Artist and Best British Album during last night’s ceremony – also suggested that the Daily Mail could ‘suck my dick’. “MPs sniff coke, we just smoke a bit of cannabis, they’ll get me for this so be woke”, he spat. In December, the Daily Mail published an article alleging grime artists have been “fueling the use of ‘skunk’ in their” songs.

Stormzy delivered the freestyle during a medley of Gang Signs & Prayer tracks ‘Blinded By Your Grace’ and ‘Big For Your Boots.’