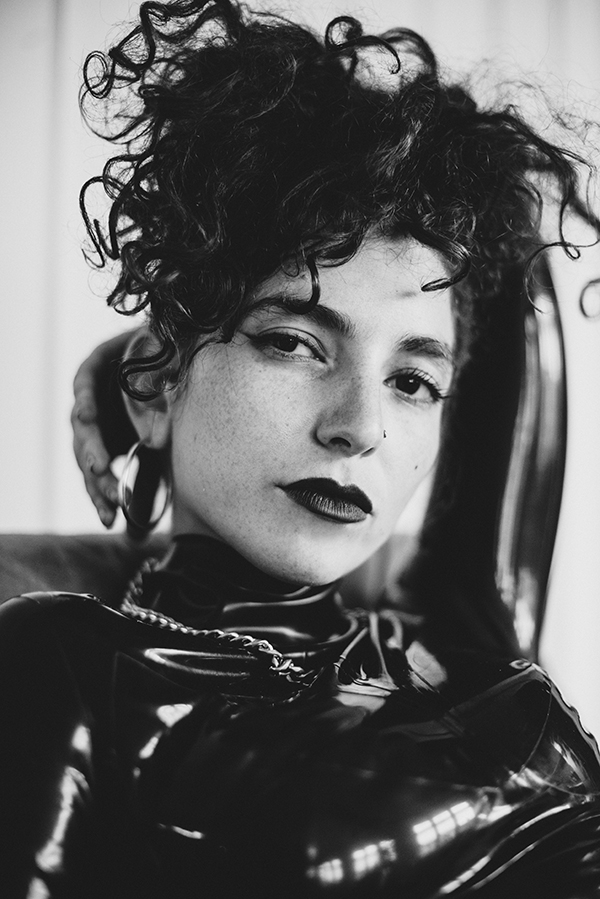 With production from The Bug.

“For me reggae is foundation of this record, but the album’s movement is freer,” says Stern in the press release. “It mirrors my need to move and keep challenging myself.”

She continues: “As a white Israeli girl working as an MC in the music industry, and in particular as a singer, it’s a BIG battle to be taken seriously, and as a woman in the music industry, I am in an obvious minority, the situation is clear, the MAN is still in control – that has got to be addressed, and changed.”

The Bug says both artists wanted to make an album that stood out “from the sea of poptastic blandness… seeing dancehall reduced to throwaway candy was killing us, and we felt that we lived in fucked up times, and needed to mirror that with this fucked up soundtrack.”

Released via Pressure on July 13, K.O. follows 2017’s Under Attack EP. The album cover features a picture of Stern’s grandfather, Asher Assraf, a former competitive boxer who sadly passed away whilst the album was being recorded.

Read next: Meet Miss Red, the Israel MC bringing Murder to beats by The Bug and Evian Christ