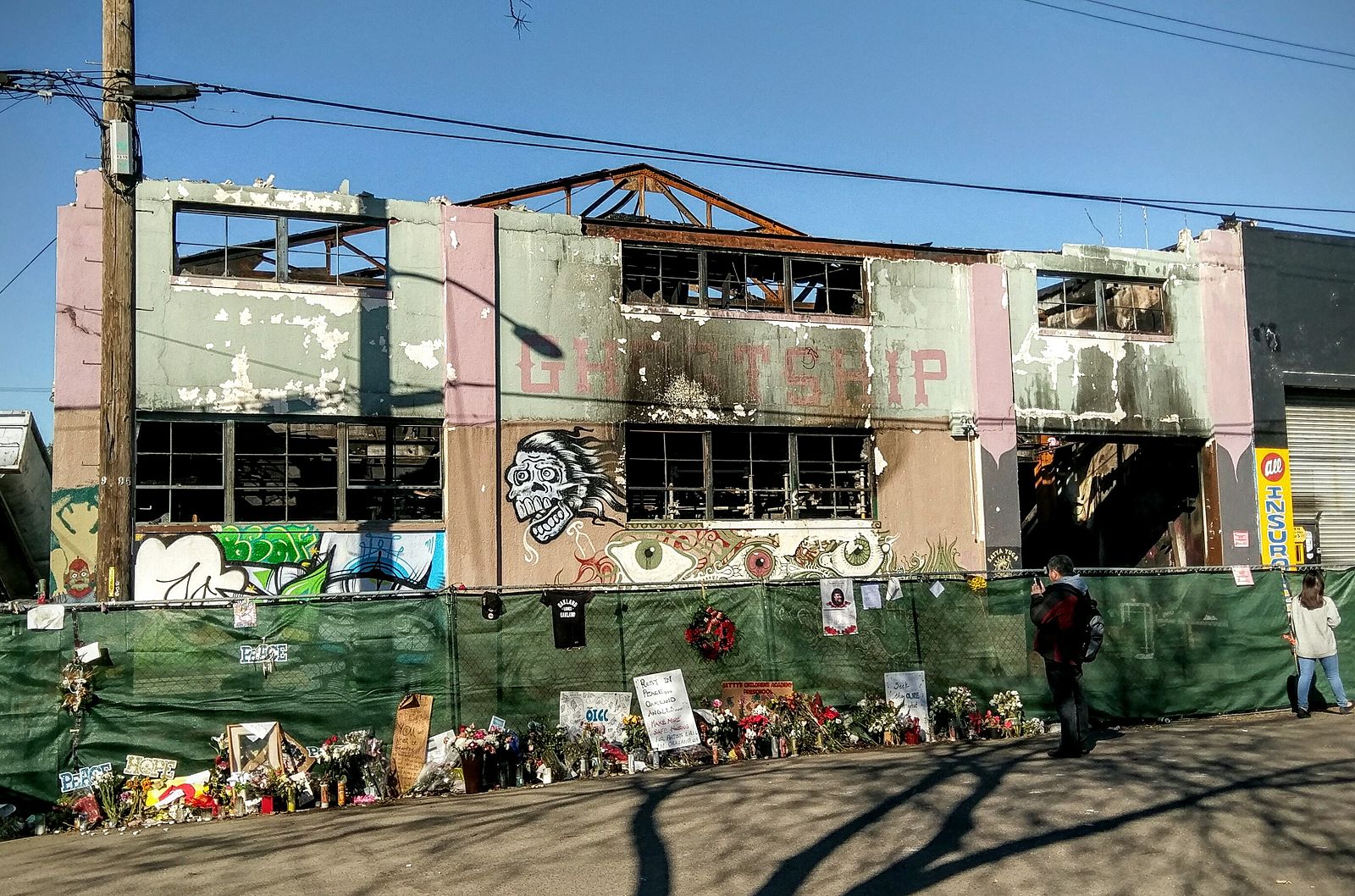 The defendants could have faced up to 35 years in prison if the case had gone to a full trial.

Derick Almena and Max Harris – the two men charged with 36 counts of manslaughter following a fire at Oakland’s Ghost Ship warehouse in December 2016 – will each serve less than 10 years in prison after accepting a plea deal to avoid potential life sentences, the New York Times reports.

The Ghost Ship fire – which took place during a 100% Silk label showcase and claimed the lives of performers Cherushii, Nackt, Cash Askew, Obsidian Blade and Visual Aids – became one deadliest blazes in the city’s history.

Although a cause couldn’t be identified by Oakland’s fire department, residents made claims of “horrific, gross negligence” and a “cluttered” interior of wooden pallets and partition walls that contributed to “death trap” conditions.

Last year, it was reported that the building’s owners were aware that the electrical system was “in dire need of a total and immediate upgrade.”

Teresa Drenick, an assistant district attorney for the Alameda County District Attorney’s Office, said that had the case gone to trial, Almena and Harris could each have faced up to 35 years in prison.

Relatives of the victims have expressed their anger at the plea deals, with Sami Kopelman – the mother of 34-year-old victim Edmond Lapine – telling the East Bay Times that the defendants should have received one year in prison for each of the 36 who died.

“It’s as though they (prosecutors) said, ‘Let’s get this one out of the way … so we can deal with these murders … and give those the max attention,'” she said.

Read next: In the mainstream media, “rave” is a loaded term – the Ghost Ship community deserve better