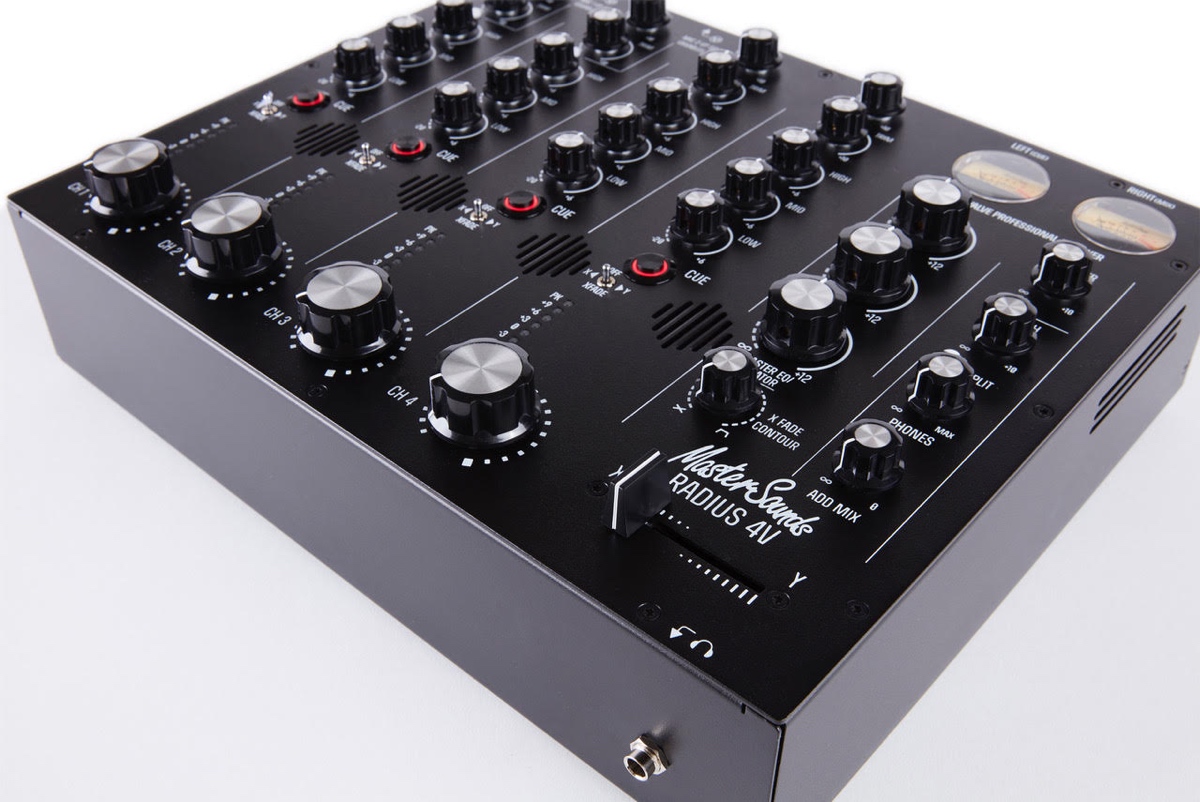 Rotary mixer specialist MasterSounds has announced a new range of DJ products including its new flagship model, the Radius 4V.

The four-channel Radius 4V and the accompanying Linear 4V (which uses faders instead of volume knobs) model break from the rotary mixer convention by adding a crossfader on the right hand side. While the earlier Radius 2 and 4 models had a high-pass filter on each channel, the new models use a three-band EQ instead.

The two mixers – which cost an eye-watering £1,985 each – are joined by two add-ons: the MasterSounds FX unit and LinearPOWER power supply accessory.

The LinearPOWER meanwhile is a £299 power supply accessory for its mixers that can also be used as an external supply for the Technics SL-1210 turntable. Its output can be switched between 5V, 18V or 21V.

As well as these new products, MasterSounds has announced updated versions of its existing Radius 2 and Radius 4 mixers. According to MasterSounds, these have higher audio fidelity due to redesigned circuits and cost £1,350 and £1,650 respectively.