With sexed-up vocal performances and irresistibly greasy bass lines, the new tracks from the anonymous producers are available on vinyl and digitally from DEEWEE now. Listen to ’50 Dollar Bills’ below.

According to the press release, Sworn Virgins capture “all those beautiful things that made you leave that small town you came from”, describing Fifty Dollar Bills as the sonic equivalent of “a stranger’s hand on your shoulder” or “bright red painted fingernails scratching your thigh”.

DEEWEE is the Belgium-based studio and record label created and led by David & Stephen Dewaele of Soulwax/2ManyDJs. Fifty Dollar Bills (DEEWEE 028) marks Sworn Virgins debut on the label, and their second release overall.

Interestingly, their first 12″, 2015’s Lazy Boy for Les Disques De La Mort, was presented by Mutado Pintado. Perhaps the involvement of the Craig Louis Higgins Jr alias might provide a hint as to the identity of the mysterious disco project.

Check out the album artwork and tracklist for Fifty Dollar Bills below. 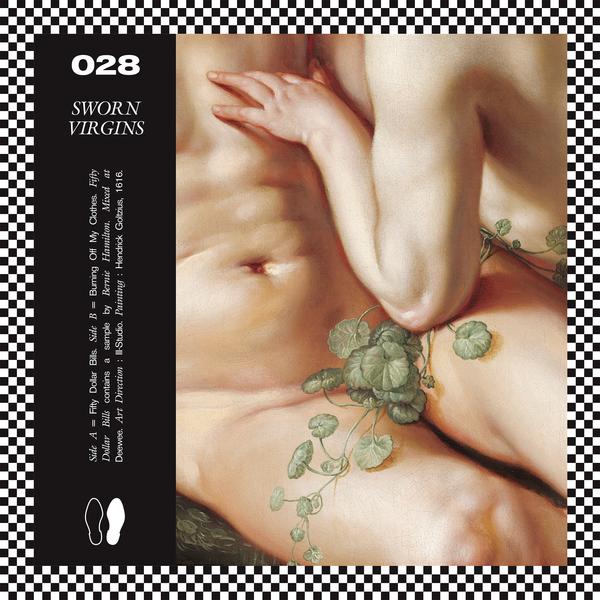